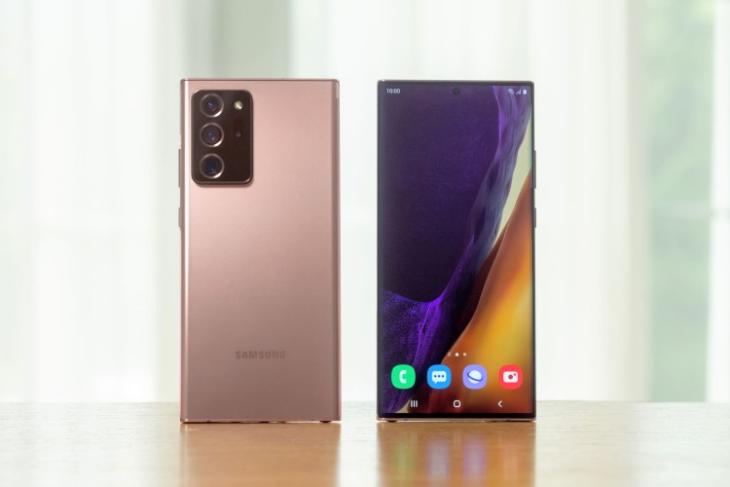 Samsung is reportedly gearing up to launch the Galaxy S21 flagship series earlier than usual, in January early next year. If you are keeping track, one of the most prominent rumors is that the Galaxy S21 series will arrive with S Pen support. The extensive new Galaxy S21 series leak has again birthed rumors of the next year’s Galaxy Note series being canceled.

Merely hours after treating you to the complete specifications of the three upcoming Galaxy S21 devices, Android Police’s Max Weinbach took to Twitter to list down the flagship phones Samsung would add to its portfolio in 2021. It features successors to the Galaxy S20, S20 FE, Galaxy Z Fold, and Galaxy Z Flip (via SamMobile).

3 of these devices will have SPen support.

Weinbach added a follow-up tweet saying that three of these devices will have S Pen support. These would most likely be the Galaxy S21 Ultra, Z Flip 3, and Z Fold 3, and not all of the Galaxy S-series models. Now, S Pen has been the signature feature of the Galaxy Note series. And well, if you look at the list closely, the Galaxy Note 21 series is missing from the list of Samsung’s flagship phones for next year. Did that come as a shock?

If that was not enough, one of the most reputable Samsung tipsters, Ice Universe, has contributed his two cents to the discussion. As you can see in the tweet below, ‘there is currently no information on the development of the Note 21 series,’ he adds. There’s a strong possibility that the stylus-laden series is being phased out next year.

An unusual clue: There is currently no information on the development of the Note21 series. pic.twitter.com/RBzzwsg8Cg

All of the rumors and leaks point in one direction – the demise of the Galaxy Note 21 series. However, there’s a possibility that Samsung is looking to punch out the Galaxy S21 series and then finalize the Note 21 series for next year. The S21 series getting S Pen support, along with carrying cases with a cavity for the stylus, paints a different picture.