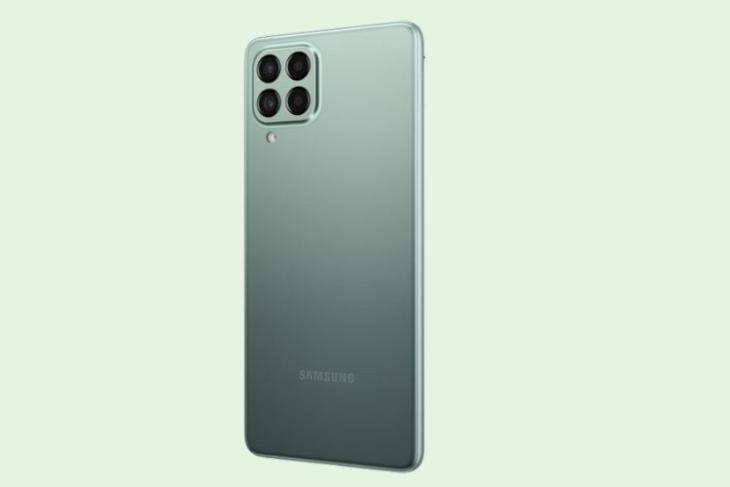 Samsung recently updated its Galaxy A series with a bunch of new smartphones, including the Galaxy A33, the A53, and the A73, among others. Now, it’s time for a new Galaxy M-series phone, as the company has now introduced the Samsung Galaxy M53 5G. Here are the details.

The Samsung Galaxy M53 5G can be considered another version of the Galaxy A73 with some tweaks. For starters, it has a different design that includes a square-shaped camera bump with a gradient back panel. It comes in blue, green, and brown colorways.

Another difference is the chipset. The Galaxy M53 is powered by a MediaTek Dimensity 900 chipset, which is a first for Samsung. To recall, the Galaxy A73 5G gets a Snapdragon 778G SoC. One thing to note is that Samsung hasn’t mentioned the name of the chipset, as a usual affair. It comes with 6GB of RAM and 128GB of storage.

The display is, however, the same. The Galaxy M53 5G has a center-placed punch-hole display rated at 6.7-inch. This is a Super AMOLED Plus screen, which supports a 120Hz refresh rate.

Much like the A73, the Galaxy M53 5G features a 108MP main camera but with OIS support. This sits with other three cameras, including an 8MP ultra-wide lens, a 2MP macro camera, and a 2MP depth sensor. The one at the front stands at 32MP.

The smartphone gets the support of a 5,000mAh battery to carry out its daily tasks. The battery supports 25W fast charging similar to the recent Galaxy A mid-range phones. It runs Samsung One UI 4.1 based on Android 12.

The Galaxy M53 5G comes with a side-mounted fingerprint scanner, and other details include Wi-Fi 802.11ac, Bluetooth 5.2, a USB Type-C port, and support for a memory card.

While Samsung has quietly introduced the new Galaxy M53 5G, it hasn’t revealed its pricing and availability details yet. We expect these details to pop up soon. Hence, stay tuned with us.