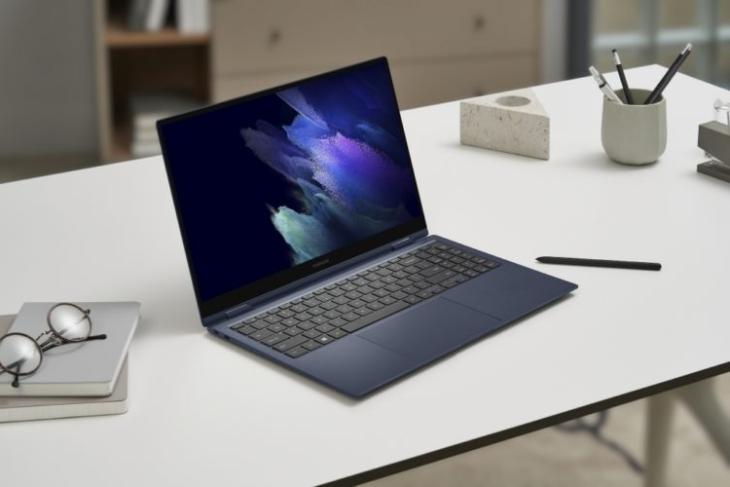 You can open up the interactive table below to browse through the products and tap on them to jump to the selected section. Now, with that out of the way, let us get into the details, shall we?

Starting with the high-end Galaxy Book Pro series, Samsung launched two kinds of devices under this series. The standard Galaxy Book Pro, which comes in a 13.3-inch and a 15.6-inch variant, and the Galaxy Book Pro 360. The latter also comes in the same size options but with a 2-in-1 hybrid design. 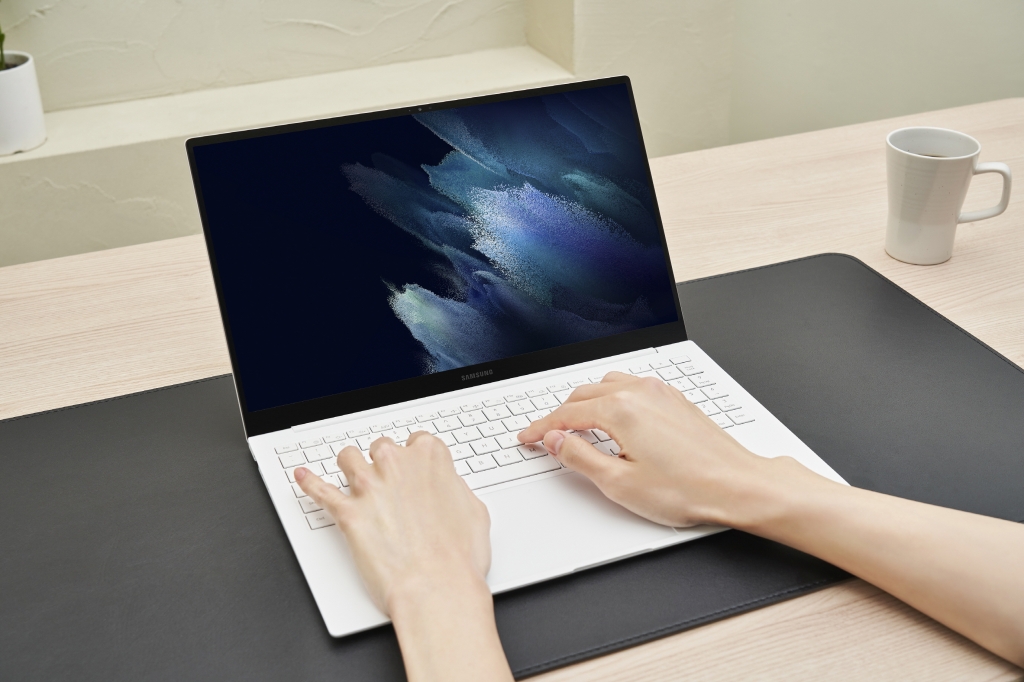 Other than these, both the 360 and the non-360 Galaxy Book Pro models feature an array of ports, including a Thunderbolt 4 USB-C port, one USB-A port, a microSD card slot, and a 3.5mm audio jack. However, unlike the Galaxy Book Pro 360 models, the non-360 models feature an additional HDMI port. Nonetheless, all the models have a fingerprint sensor with Windows Hello support. Also, you have Wi-Fi 6E and Bluetooth 5.1 along with LTE on the standard and 5G connectivity on the 360 variant.

Moving on, Samsung wanted to build a standard version of the Galaxy Book as well. So, let’s talk a look at the non-Pro Galaxy Book.

It comes with a 15.6-inch Full HD IPS LCD display with 1920 x 1080p resolution. While the Galaxy Book comes only in one screen size, one can choose from three configurations for the device. You can have an 11th-gen Intel Core i3-1115G4, an 11th-gen Intel Core i5-1135G7, or a Core i7-1165G7 processor. Moreover, users have two different GPU options, including the integrated Intel Iris XE GPU or Nvidia MX450.

Apart from these, the Galaxy Book packs 8GB of DDR4 RAM and up to 512GB of M.2 SSD storage. There is a 54Wh battery inside and a built-in fingerprint sensor with Windows Hello support on board.

Coming to the I/O, the standard Galaxy Book device features 2 x USB-C ports, 2 x USB-A ports, one HDMI connector, a microSD slot, and a 3.5mm headphone jack. It comes in an aluminum finish and has two color options – Silver and Blue. The device runs Windows 10 out-of-the-box.

The Samsung Galaxy Book Pro starts at $999.99 while the Galaxy Book Pro 360 starts at $1,199.99 in the US. Both of these laptops will go on sale starting from 14th May. We are currently unaware of the pricing of the standard Galaxy Book, and will update the article with more details soon.