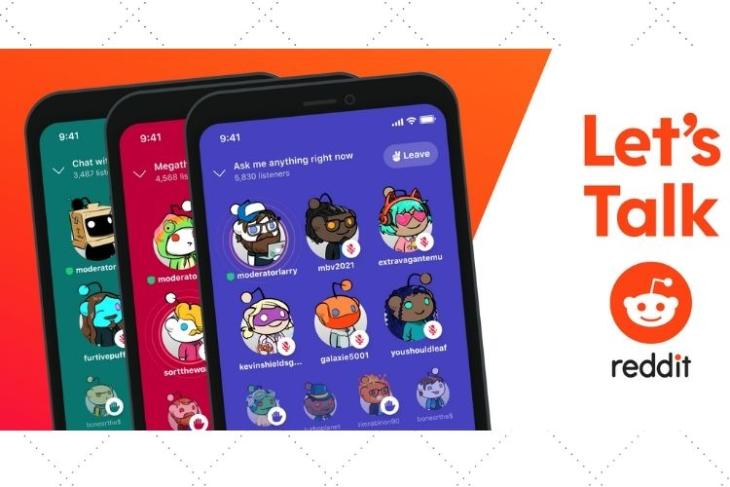 Although Clubhouse faced its first alleged data breach recently, there is no denying that the audio-based social networking platform has recently gained immense popularity. We have since seen numerous major companies such as Facebook, Instagram, Discord, LinkedIn, and Telegram work on similar features for their platforms. Now, Reddit has hopped on the bandwagon with the launch of its Clubhouse clone called Reddit Talk.

The community-based social platform recently announced Reddit Talk via a blog post on Reddit. It opened a waitlist for users to register to test the feature. It is currently in the initial testing phase and will be rolled out to the masses in the coming days.

As per images shared by the company, Reddit Talk does not look that much different than Clubhouse’s UI. You have the speakers or creators in the room sitting on the top section with their Reddit avatars. While the listeners sit on the lower section of the UI.

So, once a community moderator starts a live Reddit Talk by creating a live audio room, listeners can join for live audio conversations. During the Reddit Talk sessions, the moderators/hosts have full control over the listeners. They can invite new guests, mute existing listeners, or remove a speaker during a talk. Besides, hosts also have the authority to remove unwanted listeners and prevent them from re-joining the session. 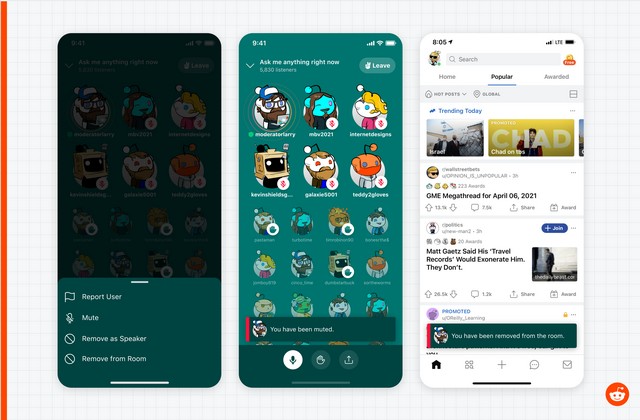 Listeners, on the other hand, also have a lot of options to participate in the live talk sessions. For starters, any Redditor can join a talk room and listen to the speakers and react with emojis. They also have the option to raise their hand for the host to invite them to speak.

So, following the early testing period, Reddit says that it will work with moderators to let other trusted members of the communities start Reddit Talk sessions in the coming days.

As for now, you can sign up to join the waitlist to test out the feature. Once it becomes available for all Redditors, the developers will notify the waitlist members.