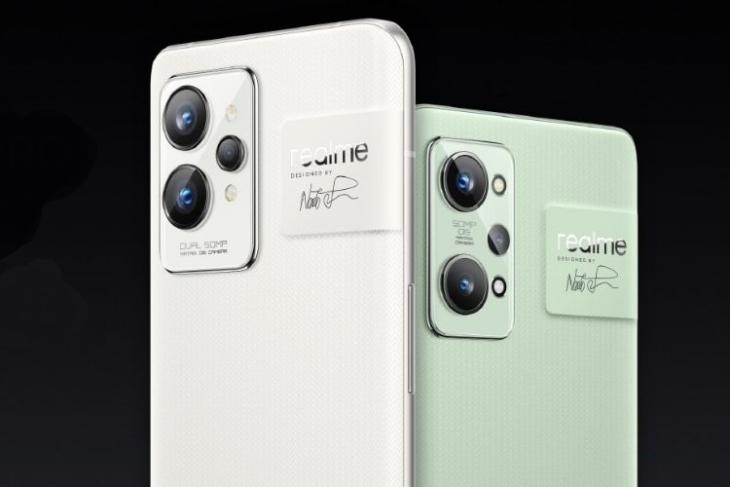 At this year’s MWC, Realme brought its flagship Realme GT 2 series to the global markets after launching it in China earlier this year. It’s now time for the phones to launch in India and this could happen soon as the company has now officially started teasing the Realme GT 2 series launch in the country. Here are the details.

Realme India posted a teaser image on its official Twitter handle, revealing that the Realme GT 2 and GT 2 Pro will launch in India, and “it’s going to be #GreaterThanYouSee.” While the launch date is yet to be disclosed, we know that the launch is just around the corner.

There are chances it may happen by the end of this month (something that was recently rumored too), which is also the timeline for the OnePlus 10 Pro global and Indian launch. It remains to be seen what Realme decides.

The teaser comes after the Realme GT 2 Pro’s Indian specifications were recently leaked. It was reported that the smartphone will come in two RAM + storage variants: 8GB+128GB and 12GB+256GB, and will be available in Paper White, Paper Green, and Steel Black color options, much like the colorways for the global variants.

To recall, the Realme GT 2 Pro is one of the first Snapdragon 8 Gen 1 smartphones and comes with a number of firsts. It is the first phone to be made of a biopolymer material, which is eco-friendly, and also is the first to feature an ultra-wide camera with a 150-degree field of view.

It also comes with features such as a new Antenna Array Matrix System with HyperSmart Antenna Switching tech to get stronger signals, a Wi-Fi Enhancer, and a 360-degree NFC.

As for the Realme GT 2, it comes with the last year’s Snapdragon 888 SoC and shares most of the other specifications with the Pro variant. Both phones run Realme UI 3.0 based on Android 12.

We are yet to know of more details on the Realme GT 2 series launch. So, stay tuned for further updates.