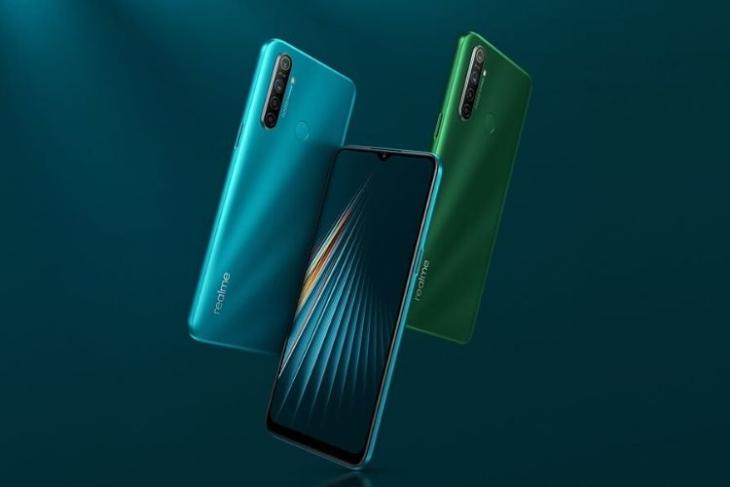 The Realme 5 series is getting a new addition on 9th January in India. Surprised? We are too. The Chinese giant unveiled the Realme 5 and 5 Pro back in August to much fanfare. It launched Realme 5s, which is basically a Realme 5 with a 48MP camera, to close the year. But, it doesn’t appear to be done just yet and is going to unveil Realme 5i in India on 9th January. It will be Realme’s first smartphone launch of 2020.

The company earlier teased the Realme 5i launch for today (6th January) in Vietnam but prior to its launch, Realme India CEO Madhav Sheth took to Twitter to share a teaser for the Realme 5i India launch. You can see in the teaser below that Realme 5i will feature a quad-camera setup and focus on the design more than an upgraded feature set.

Guys, introducing #realme5i our new edition to the highly appreciated #realme5series!
Launching on 9th Jan. at 12:30 PM
RT, if you are excited. #TheStylishPowerhousehttps://t.co/CKdg7QdUt8 pic.twitter.com/933eDVH0Eh

Realme has set up a dedicated landing page for the Realme 5i on its official website. You can even find Flipkart teasing the launch front and center. This smartphone will debut as the spiritual successor to Realme 3i, which was a watered-down version of the Realme 3.

Realme 5i is rumored to sport a 6.5-inch HD+ (720 x 1600 pixel) IPS LCD display with a waterdrop notch or mini-drop notch as the company likes to market it. The device will be powered by the Snapdragon 665 chipset (same as the Realme 5 and Realme 5s), paired with up to 4GB RAM and 64GB storage. It will run ColorOS 6.2 based on Android 9 since Realme UI is currently under testing and not ready for prime time.

In the camera department, the teaser confirms a quad rear-camera setup but there’s no official details out yet. We expect to find a 12MP primary camera, along with an 8MP ultra-wide-angle camera, a depth sensor, and a macro camera on board. Realme will be offering a 5,000mAh battery – same as the Realme 5 and 5s – with this device, which is great for entry-level users.

If we were to speculate, the Realme 5i will go up against the Redmi 8 and will be priced somewhere around Rs 7,999 – Rs 8,999 in India. This launch, however, is simply further confirmation of our theory for Realme’s launch timeline – where the company announces the death of its previous-gen phones. Check out our YouTube video on this topic here: