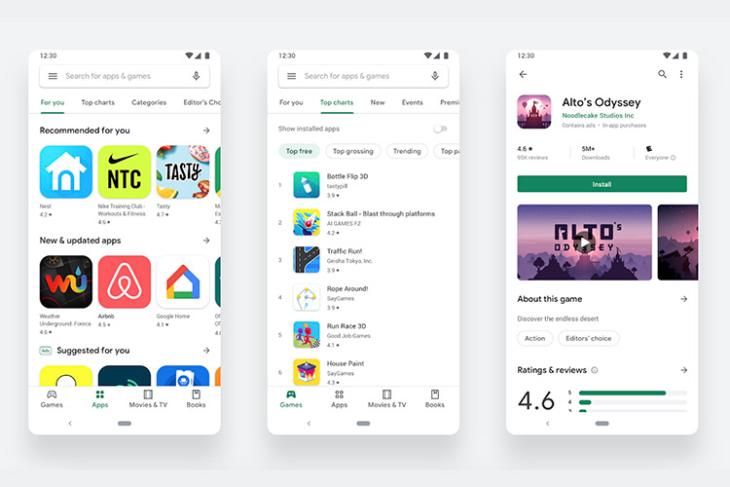 The Play Store’s Material redesign has been rolling out globally for users over the last week, and now, the company has officially announced the new redesign on the Android Developers’ blog, along with some key highlights. According to the official post, the Play Store’s redesign is aimed at providing a “cleaner, more premium store that improves app discovery and accessibility for our diverse set of users.”

The new design moves the Play Store from its old combination of green-and-white to an almost completely white colour scheme which definitely looks cleaner than before. The company has also moved the navigation bar to the bottom, with dedicated sections for games and apps. This, Google says, is to “make browsing faster and easier” and to “better serve users the right kind of content.”

There’s also a bigger “Install” button on app listings now along with important app-related information surfaced right in front of the users, which Google claims makes it “easier for users to see the important details and make a decision to install your app.”

The new Play Store design is rolling out globally, you’ve probably already received it. If not, it should be making its way to you really soon, complete with the new rounded-square app icons that it brings in tow.