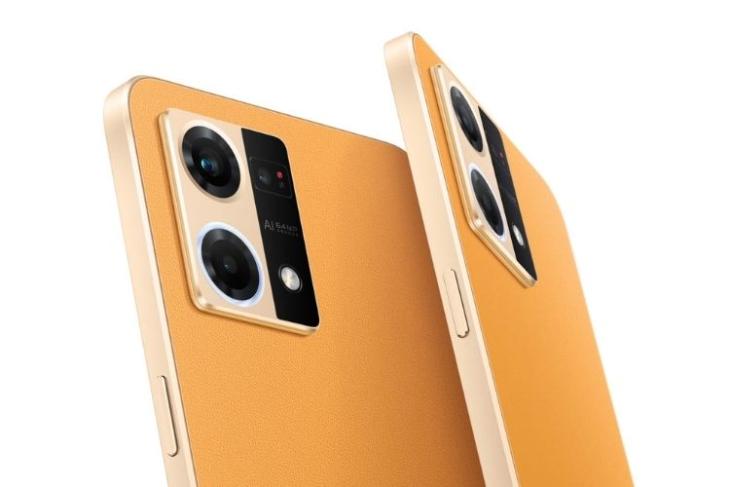 Oppo is all set to refresh its F-series in India with the launch of the Oppo F21 Pro series. The company has confirmed today that the Oppo F21 series launch will happen on April 12 in India. The series will comprise the F21 Pro and the F21 Pro 5G. Although, the Oppo F21 Pro+ is also expected to make its entry. Here’s a look at what to expect from the upcoming Oppo F21 Pro models.

The new Oppo F21 Pro smartphones will launch in India on April 12 at 5:00 pm IST, and it shall happen virtually. Apart from revealing the launch date, the company has also shared the design of the F21 Pro and the F21 Pro 5G.

It is revealed that the F21 Pro will flaunt the industry-first Fibreglass-Leather design, which will also be a frameless cover for the battery so that the phone remains thin. This finish involves the use of lychee-grain leather material, which is waterproof and wear-resistant too. This design is available with the Sunset Orange color of the Oppo F21 Pro.

The smartphone will also come in a Cosmic Black variant, which will use the Oppo Glow design for both the matte and glossy finish while making the phone fingerprint and stain-resistant. Both models will include a Reno 7-like rear camera hump with intricate detailing.

As for the Oppo F21 Pro 5G, it will come in Rainbow Spectrum and Cosmic Black colorways. The former will have the “three-layer texture and a two-layer coating” manufacturing process, while the latter will be akin to the F21 Pro 4G’s black option. In addition, the devices have a micro page on Amazon India, which confirms the availability details.

As for what to expect, not much is available at the moment. But considering the now-confirmed design, the Oppo F21 Pro appears like a Reno 7 4G rebrand for India. The phone launched recently in Indonesia and comes with a Snapdragon 680 chipset, a 90Hz AMOLED display, 33W SuperVOOC fast charging, 64MP cameras, Android 12, and more. Hence, the F21 Pro could also boast all these specs.

Oppo has also revealed that one of the devices will come with 64MP rear cameras. There’s no word on the model but there are chances that it could be both of them. One of the rear camera housings also has an Orbit Light, much like the Reno 7 phones, which will glow whenever a notification pops up.

Details regarding the 5G variant of the Oppo F21 Pro still remain unknown, but we can expect more information to be revealed soon. We will update you on this, so stay tuned. Also, do tell us how you like the Oppo F21 Pro series design in the comments below!