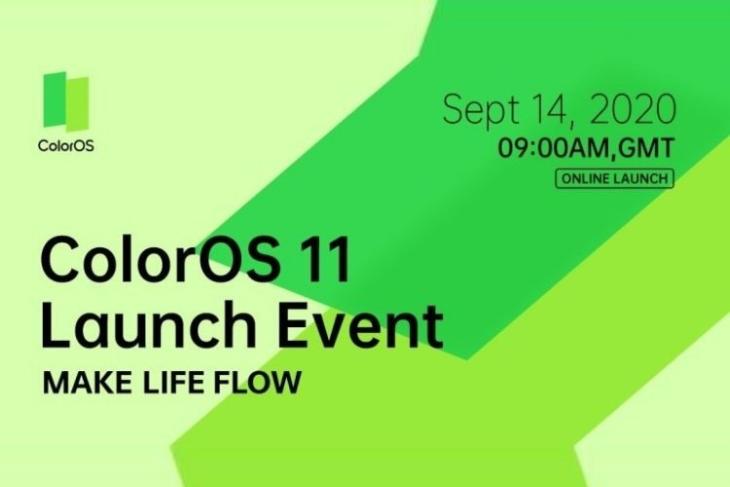 Google has rolled out the stable Android 11 update to its Pixel phones today, with other phone makers following suit with stable beta updates for their smartphones. Oppo has joined the list by making the Android 11-based ColorOS 11 public beta update available to Find X2 Series and Reno 3 users. While select users can test out the ColorOS 11 right away, the company will officially unveil its next-gen software skin on 14th September.

Yeah, in an official tweet, the Chinese giant announced that it will talk about the new features of ColorOS 11 at a virtual global launch event next week. “During the event, ColorOS will showcase its full reveal of features that complement the stock Android experience and release an updated public beta version and rollout plan for OPPO users,” says the company in an official press release.

🚨 ATTENTION🚨
#OPPOColorOS11 based on #Android11 is coming! Save the date to uncover the endless wonders of ColorOS 11 by joining our Global Launch Event at 9AM (GMT) on September 14th! pic.twitter.com/IOzTmTGNpi

Now, if you remember, the current-gen software skin for Oppo phones is ColorOS 7. So, the elephant in the room is – where did the ColorOS 8, 9, and 10 releases go? Did they simply vanish in thin air?

Well, Oppo addresses this confusion in the press release by saying that it is aligning itself more with stock Android. It is now working closely with Google to improve its software skin and has even improved the rollout schedule this time around. Thus, it has decided to change the ColorOS naming convention to align itself better with Google and the latest version of Android, i.e Android 11.