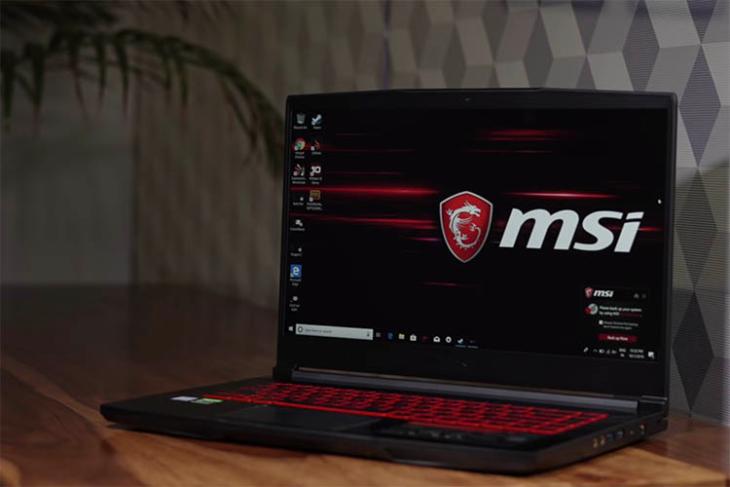 Starting off with the design and build, the MSI GF63 comes with a pretty sleek and lightweight design, which makes it very portable. The laptop has thin bezels, and while the chassis is plastic, there’s a metal cover on the lid which looks cool, even though it’s a but of a fingerprint magnet. The great thing about the laptop though is that its very lightweight, which means you can easily carry it around. 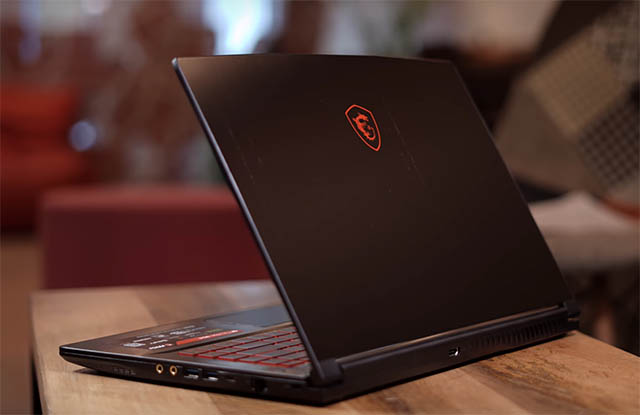 The MSI GF63 also comes with all the I/O you’ll need. There are 3x USB 3.0 Type-A ports, a USB Type-C port, an ethernet port, HDMI port, and dedicated 3.5mm jacks for headphones and mic. All of that is great, and with USB-C you’re pretty much future-proofed as well.

The MSI GF63 brings in a nice 15.6-inch FullHD display with 100% sRGB coverage, so colours look great on this screen. It’s also decently bright enough, and thanks to the matte finish there’s considerably lower glare. 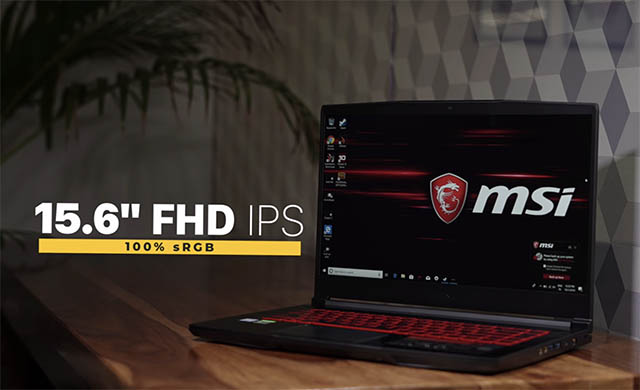 In actual usage, the display is decent too. Playing games on this screen is a nice experience, and text is also rendered sharp, which is also nice.

As a gaming laptop, performance is a pretty big deal. The MSI GF63 comes with a 9th-gen Intel Core i5 processor, paired with 8GB RAM, 512GB SSD, and Nvidia GTX1650 GPU. Those are impressive specs for a laptop that’s currently available for under Rs. 55,000, and that shows in benchmark performance. 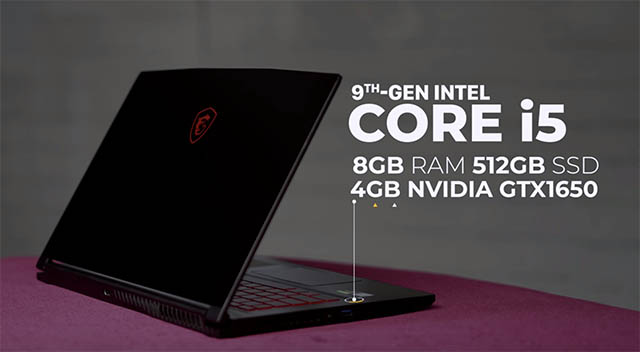 In actual usage, the laptop performs as you’d expect. I played PUBG and Far Cry 5 on this laptop, and it handles those games pretty well. In PUBG with Ultra settings, the laptop got around 70FPS at all times, and in Far Cry 5, I got frame rates around 45-50FPS. Both of those frame rates are definitely playable. 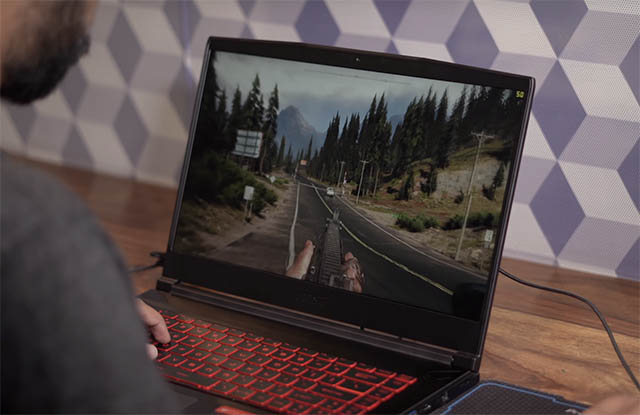 Clearly, the MSI GF63’s performance isn’t an issue whether it’s for gaming or for usual everyday usage. The only issues I observed with this laptop are that firstly, there’s a factory seal sticker on the bottom, so you can’t upgrade the RAM without voiding your warranty, and also, the speakers are bottom firing ones which means that the sound isn’t that loud. Basically, if you’re watching movies or Netflix shows on this, you’ll need a speaker, or a pair of headphones.

Coming to the keyboard, the MSI GF63 has a pretty decent keyboard as well. There’s ample travel here, and the red backlighting on the keyboard makes it easier to use it at night, which is great. It’s a nice keyboard for everything from playing games to typing. 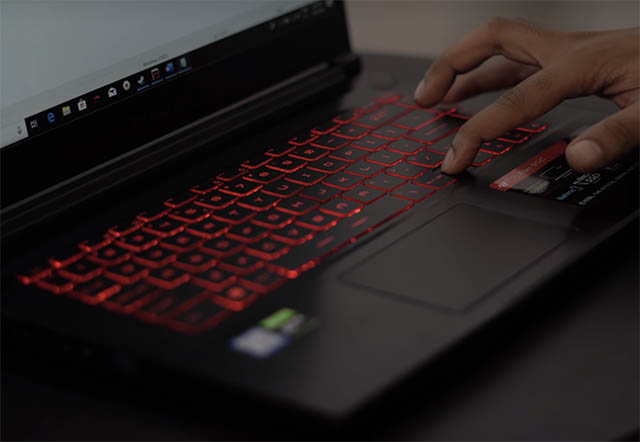 The trackpad here is decent as well. It’s not the biggest trackpad out there, but it’s big enough, plus it’s a Windows Precision trackpad so you get all the cool Windows gestures which are really handy.

For a gaming laptop, from a gamer’s perspective, battery life isn’t too big a deal because you’ll mostly have a charger connected to the laptop anyway. Still, the MSI GF63 comes with a decently sized 51Whr battery, and the company claims that it’ll last around 7 hours on a charge. That’s a decent number, especially for a gaming laptop. Now, I haven’t really tested this out, but in my short time using the laptop, the battery life looks decent enough. 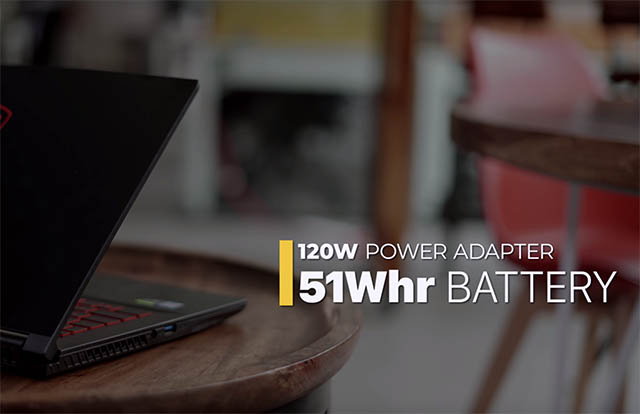 So yeah, all things considered, the MSI GF63 does look it’s the budget gaming laptop to buy right now. I mean, the laptop brings a 9th-gen Core i5 processor, 8GB RAM, 512GB SSD, and one of the latest Nvidia GPUs. Also, if you’re looking for a laptop with a more powerful processor, you should check out the Core i7 variant of the MSI GF63 (Buy) which also goes on solid deals very often and you can get around Rs. 15,000 to Rs. 18,000 off on that as well.

Buy the MSI GF63 from Flipkart