Like it or hate it, the ‘notch’ is here to stay. With almost all major Android OEMs (barring Samsung and HTC) adopting the notch in at least some of their devices, it’s no surprise that the design element that was once universally reviled, is now not only gaining wider acceptance, but is even being touted as a much-wanted design element among smartphone buyers at all price-segments.

Motorola is the latest company to have jumped on the notch bandwagon with the launch of the P30 recently in China, and if a few leaked images are anything to go by, the company is looking to continue that trend with a couple of its upcoming devices.

Posted on Weibo, the images are apparently of upcoming Motorola handsets, and seemingly confirm earlier rumors that the Lenovo-owned company may implement the controversial design language in more smartphones.

As can be seen from the images, while one of the devices sports a more common iPhone X-style notch, another one, said to be the upcoming Moto G6 Plus, will apparently come with a more modern teardrop notch seen in devices like the Oppo R17 Pro. The upcoming Motorola handset also has what looks like a dual-camera setup on the rear. 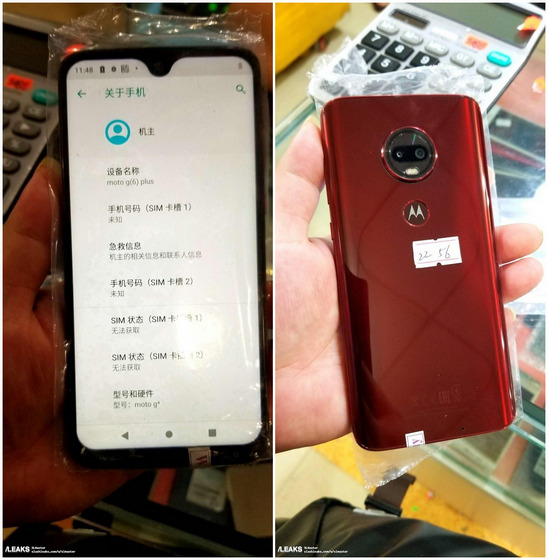 The other device, with the more traditional-looking notch, is said to be the Motorola One, which has been rumored for a while along with the One Power, but their launch dates remain unknown as of now. Both devices are expected to run Android One out-of-the-box.

It’s worth noting here that Beebom cannot independently verify the authenticity of the images at this stage, so do take the leak with a pinch of salt.