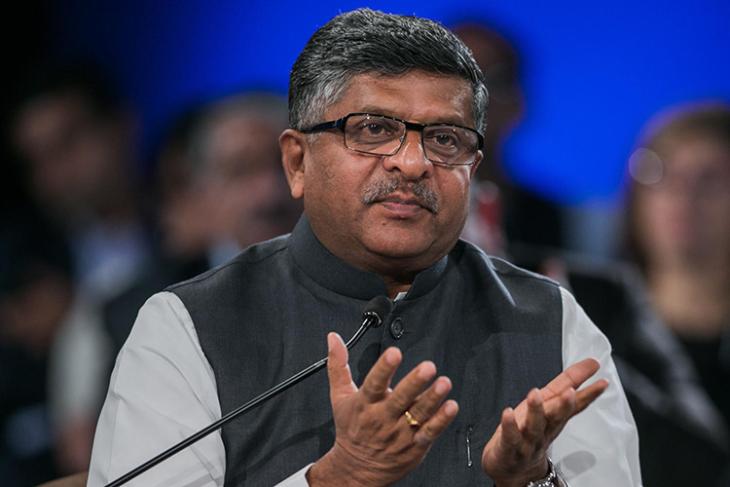 It’s India’s turn to outrage at Facebook and Cambridge Analytica’s alleged ties ahead of the 2016 US presidential elections. As a means to assure Indian citizens that the government will not tolerate such an act in India, the Minister for Law and Justice, as well as Electronics and Information Technology, Ravi Shankar Prasad, has said that any attempt to siege or compromise the Indian democracy will not be accepted.

Prasad said that the government supports a free exchange of information and opinions on social media that is linked to the freedom of speech and press. However, the act of monopolizing the electoral process in India is intolerable, he said while addressing reporters at a press conference.

Prasad also added that the government will strong action will be taken against any element – agency or individual, emphasizing on Facebook – engaging in illicit measures to change the course of Indian elections.

We welcome the fact that @facebook has one of the highest number of users from India but if any theft of data of Indians takes place in collusion with other companies for manipulation of democratic processes then that will not be tolerated. #FacebookDataBreach pic.twitter.com/OBdv2vN7Ho

This announcement was made in light of the recent Cambridge Analytica case which has become a can of worms for Facebook. The social network has been accused of colluding with the company and selling the data of nearly 50 million users, though there’s no direct evidence about any agreement between the two companies. The controversy has earned Facebook multiple probes on both sides of the Atlantic Ocean.

Prasad also accused the Congress party of having ties with Cambridge Analytica and demanded to furnish details of Indian voters’ data shared with the British company. Congress, however, retaliated by saying that BJP is running a “fake news factory“, claiming Prasad’s accusations to be “fake agenda and white lies“.

Prasad’s claims are, however, contradicted by those made by Amrish Tyagi, CEO of Cambridge Analytica’s India partner Oveleno Business Intelligence and the son of senior JD(U) leader K C Tyagi. As per Tyagi, Oveleno has worked with JD(U) for 2010 Bihar elections and with BJP for Uttar Pradesh elections conducted in 2012 and 2017. Oveleno conducted booth-level surveys during these elections for demographic and caste-wise profiling of voters to ensure the parties’ victory. He also shared his optimism of working with both leading Indian parties in the upcoming Lok Sabha elections.