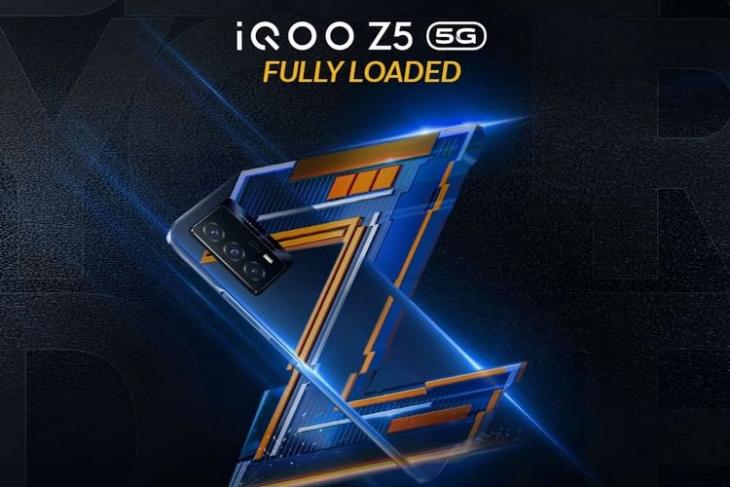 After launching the iQOO Z3 5G in India earlier this year, iQOO has now confirmed to launch its next-gen Z-series smartphone in India, the iQOO Z5 5G, later this month. It will come with a Snapdragon processor, 120Hz display, triple cameras, and many other features.

iQOO will initially launch the device in China on September 23. However, prior to that, the company has started sending out media invites to confirm the India launch date of iQOO Z5 5G, which is September 27. You can check out the confirmation tweet right below.

The device will be available to buy exclusively from Amazon and the starting price of the iQOO Z5 is expected to be somewhere around Rs 25,000. Now, with that out of the way, let’s take a look at the expected features and specs of the upcoming device.

Although the company has not revealed much about the iQOO Z5 5G, the media invite confirms a few specs and features. For starters, we know that the Qualcomm Snapdragon 778G chipset, which is a 5G-enabled processor for premium mid-range devices, will power the Z5. So, we can expect the device to compete with the Samsung Galaxy M52 5G that will launch on September 28 in India.

As for the storage, the device is expected to pack up to 8GB of RAM and up to 256GB of UFS storage. However, there is no information on whether the Z5 will come with microSD support for storage expansion or not. Furthermore, the teaser image of the device hints at a triple-camera setup at the back. So, it will likely come with a 64MP primary sensor, an 8MP ultra-wide lens, and a macro lens or a depth sensor.

Moreover, the media invite also confirms one of the colors of the device. As per the confirmation, iQOO Z5 will come in a dark blue color option. However, the official name of the color is currently unknown. So, these are some of the key specs and features that we can expect from the iQOO Z5 5G once it launches in India next week. So stay tuned for more information.