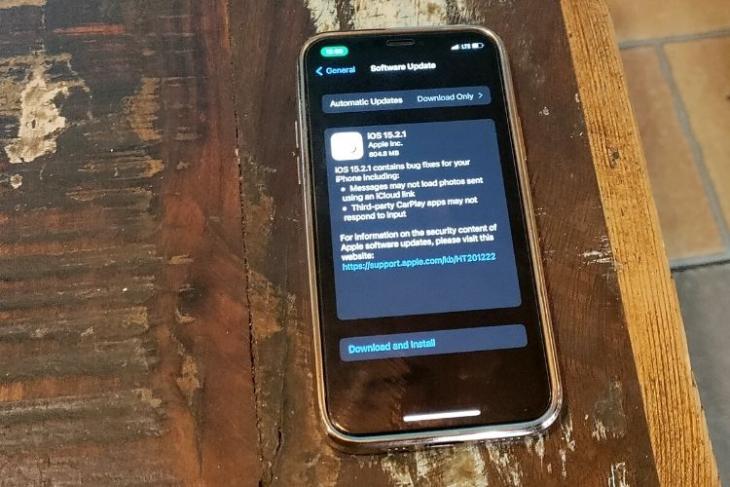 Apple has started rolling out the latest iOS 15.2.1 update for users, which comes with a few bug fixes and feature improvements. It includes fixes for CarPlay, Messages, and even a HomeKit vulnerability. Here’s a look at what’s new in the iOS 15.2.1 update.

The new iOS update, as suggested by a security document, also provides a fix for a HomeKit issue, which could have caused a denial-of-service (DDoS) attack. This would have caused the iPhone to crash or freeze. The said vulnerability, which was first spotted by security researcher Trevor Spiniolas, can affect iPhones running iOS 14.7 and above and iPad running iPadOS 14.7 or above.

To download the update, head to the Settings of your iPhone or iPad -> General -> Software Update, and the new update should be waiting for you. Hit the “Install” button to get the latest update.

To recall, it was just last month when Apple introduced the iOS 15.2 update. The update involved the introduction of the new Apple Music voice plan, the new Communications safety features for iMessage, the addition of the App Privacy Report feature, and more.