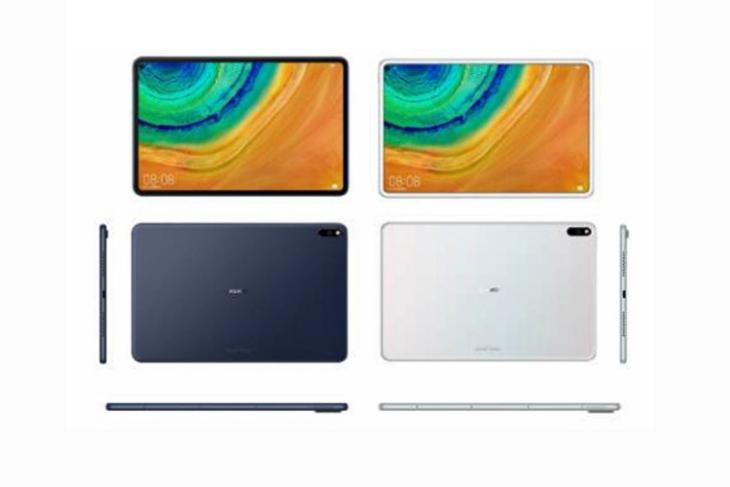 As we near the end of 2019, phone makers are still trying to minimize bezels and find a new place to bake in the selfie camera. The trend has shifted from waterdrop notches to punch-hole camera designs, with even the OnePlus 8 series rumored to adopt the same. But, have you ever seen a tablet with a punch-hole design?

As you can see in the renders above, Huawei is looking to shrink the bezels around the display to a minimum – such that the selfie camera will be baked in a punch-hole and a fingerprint sensor will most likely sit under the display. The design looks very similar to Apple’s latest iPad Pro, especially with the M-Pen stylus connecting to the top edge. It’s also going to support the company’s smart magnetic keyboard, as per the leak.

Turning our attention to the rear panel, Huawei MediaPad M7 will feature a dual-camera setup (with an LED flash) whose specs are still unknown. There’s a USB Type-C port, no 3.5mm headphone jack (could be present on top edge), and speaker grills at the bottom.

There’s currently no information on its specifications, but we can assume it to feature flagship-grade performance backed by the latest Kirin 990 chipset. It will be coupled with up to 8GB RAM, up to 256GB storage, and a huge battery. Since this leaked tablet shares too many similarities with the iPad Pro, you should take this with a grain of salt. Huawei hasn’t revealed any information on when the tablet will be released, but we will make sure to update you once it does.