Google Maps may still be reigning supreme across platforms including Apple ecosystem but Apple Maps has covered a lot of grounds recently to be a reasonably good alternative at least on iDevices. Aside from showing accurate results, Apple’s navigation app has added several notable features like ETA sharing and keeping tolls and motorways at bay. If you use the stock navigation app, you should know this helpful feature to not only reach your destination on time but also save money. All set? Follow along as I show you how you can avoid tolls and motorways in Apple Maps on iPhone and Mac!

Having tried my hands on this feature, I can say that it works reliably in Apple Maps. So, whether you are still trying to hone your driving skill or willing to put all the roadblocks away to reach the destination smoothly, it can live up to the expectation. If you are still using the older operating systems like iOS 12 or macOS Mojave and thinking whether or not you would be able to use this feature, let me tell you that this feature has existed for quite some time. So, you shouldn’t have any problem trying it out.

Avoiding Tolls and Motorways in Apple Maps on iOS

1. Launch the Settings app on your device.

3. Next, tap on Driving & Navigation.

4. Under Avoid section, turn on the toggles for Tolls and Motorways. 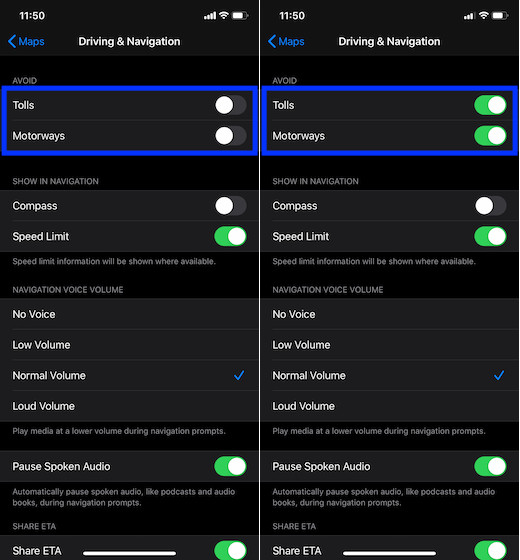 That’s it! Going forward, the maps app will help you keeps tolls and motorways away so that you can reach your destination without any hiccups. If you ever changed your mind, go back to the Maps settings and then turn off the toggles.

Avoiding Tolls and Motorways in Apple Maps on macOS 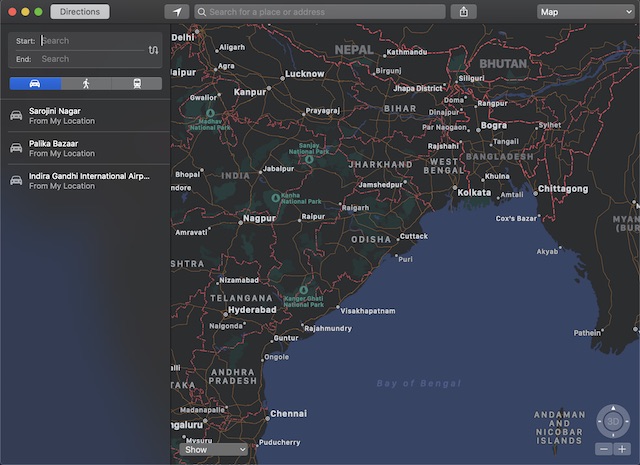 2. Now, click on the View menu and choose Directions.

3. Next, click on Driving Option and then select Avoid Tolls/Highways.

Keep Tolls and Highways at Bay in Apple Maps

So, that’s the right way to put tolls and motorways at bay while using Apple Maps. Did you find this feature helpful? Be sure to toss up your thoughts and also let us know about some of the features that Apple’s navigation app should steal from Google Maps so that it can give a strong fight to the latter on all fronts.