Skip to content
Home Tech News Apple The Rise and Fall of Tablets: How Future of Tablets Needs it to Fall From Grace 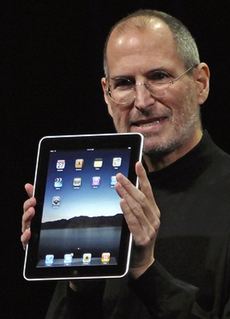 In this technology driven age, Tablet PCs are no more a luxury device that only rich kids can own. Be it the revolutionary iPad, or the cheapest tablet on earth; Akaash. These tablets have collectively made a dent in the consumer electronics industry, especially the laptop and PC segment. Even the biggest PC manufacturers were forced to enter the tablet market due to slowing PC sales and compete using aggressive pricing.

This puts a bigger question in our minds: Is the Tablet PC going through a renaissance by rising in numbers or is it falling from luxury status to becoming just another commodity device?

The early Tablet computers, such as the Microsoft Tablet PC, which were primarily designed for business field work. Early Tablet PCs were cumbersome to use as they came pre-installed with desktop operating systems which were not designed to be used with touchscreens.

Apple introduced the iPad in early 2010 with iOS which was specifically designed for use with bare hands through capacitive multi touchscreen. People loved the device at the first sight but they were not sure what they would primarily use it for. With the help of easy to use apps and high speed wireless internet connectivity, it became as the priority devices for data consumption rather than data productivity.

After the launch of the Apple iPad, other tech and PC giants like Samsung, LG and Dell launched their own tablets as they did not want to leave those huge sales to Apple alone. Samsung proved to be one of the strongest contenders in the race with the launch of Samsung Galaxy Tab series. Samsung however, did get into some legal issues over claims of blatantly copying Apple’s hardware and UI design.
As the result of popularity of tablets, India saw sales of almost three lakh tablets in 2011 as compared to 60,000 a year ago. Of the whole internet population in the US, 31% of the people are now using tablets which are around 74 million users. The number of tablet users is expected to balloon to more than 117 million in the coming year.


Competition is always beneficial for the end consumers; it brings excellence, choice and aggressive pricing of products. As we know, iPad is the best-selling tablet in the world and most of its competitors use Android as their choice of Operating System. Even Google understood the need to create a tablet specific UI and applications in their own Android OS with v3.0 Honeycomb onwards. Now, tablets are available from as cheap as INR 3,000 for the Aakash Tablet to upwards of INR 50,000 for the Asus Transformer Prime.
Following the perfection of Apple iPad, the tablet manufacturers are now trying to differentiate through pricing of their products. Many international and local brands like Micromax and Karbonn are trying to attract the shallow pocketed consumers who still don’t want to miss out using the tablets. By trying to give consumer everything within low price margins, they are missing out on quality of the devices. But brands like Amazon, Barnes & Noble and Google are taking a different approach with their low priced yet surprisingly powerful tablets Kindle Fire, Nook and Nexus 7 respectively. These tablets are in the Rs 10K- 15K price range without compromising the device and UI quality. Even though the Nexus 7 is priced at Rs 10,000, it runs on a quad-core Nvidia Tegra 3 processor, a gig of RAM and has an HD IPS LCD screen. These brands are managing to sell their tablets at cost price as they are trying to earn the profits by selling digital content such as e-books, movies, music and apps.

Amazon is rumored to be working on Kindle Fire 2 with 7-inch improved HD display which is expected to be launched by August with a price same to its predecessor. The Aakash, on the other hand, is the lowest-cost tablet computer with a 7-inch touch screen, ARM 11 processor, 256 MB RAM running on Android 2.2 operating system. The introductory price was as low as INR 2,250! Looking at the tablet demand, even Karbonn jumped into tablet business with the Karbonn Smart Tab 1 priced at INR 6,990. Other tablets in the same price range are Micromax Funbook tab priced at INR 6499 and HCL ME Tab priced at INR 7,999. You can view the range of tablet prices in this Tablet price list. Even Apple is rumored to have plans to launch iPad Mini in the second half of this year which is priced to be around 15K.

Although, it does not mean that competition is absent in the high end tablet market. Asus and Samsung are giving a tough competition to Apple with their range of tablets covering mid to high end tablets. Asus is trying to innovate on variety rather than pricing as its pricing is almost akin to Apple iPad. Asus Transformer Prime and Asus Transformer Infinity have the ability to be transformed into full-fledged laptops with dedicated keyboard, multi-touch touchpad, full sized SD card slot and USB ports. It even has an additional battery hid into its keyboard accessory giving it an insane amount of battery life.

Both Steve Jobs and Bill Gates have prophesied the rise of Tablets and its adoption as the most preferred computing device. The interview given in All Things Digital 5 still remains etched in the memory of all tech aficionadas.

The rise in low cost tablets from local manufacturers seems to emphasize the change of Tablets from luxury to becoming commodities. Just as it did for cellphones and smartphones in past. For Tablets, The rise in numbers would inadvertently mean a fall from luxury status. As the time passes by, every new technology, even the tablets are now accessible to broad range of consumers due to the low cost approaches and are on the verge of becoming a commodity device.

Author Bio: This post about ‘history of tablets and evolution of tablets’ is written by Ashwin Sreekumar Nair, he works with MySmartPrice.com.