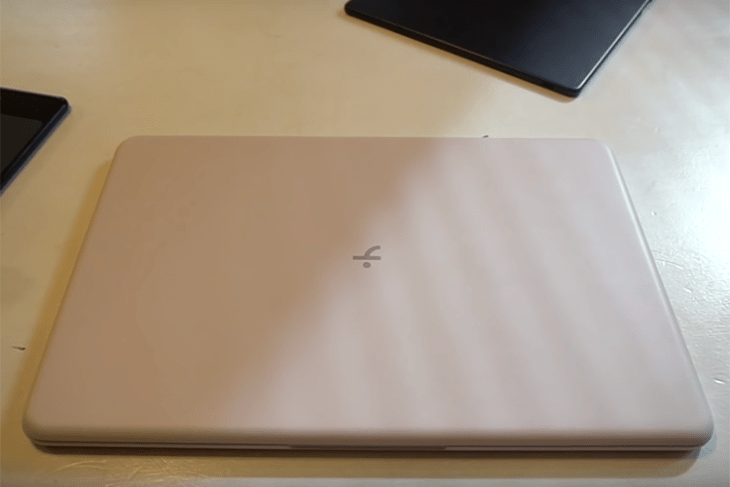 It looks like Google just can’t catch a break with all these leaks. Last year, the Pixel 3 was leaked so extensively, there were conspiracy theories that Google is doing it on purpose to surprise us all with a wildly different device. This year, the Pixel 4 has been leaked in every way possible, with Google itself confirming details about the phone beforehand, going so far as to put up a giant billboard to show off the new “Orange” colour of the phone.

But that’s not all, in a new leak, the upcoming Pixelbook Go has now been shown off in a full hands-on video. The leak comes from 9to5Google who apparently got their hands on a Pixelbook Go prototype, and as you can guess, made an entire hands-on video around the device.

The Pixelbook Go comes with a weird base that has a textured rubber finish, probably for extra grip, and a matte finish lid that 9to5Google says looks like the Pixel 3’s matte finish. Considering that our Pixel 3 had issues with getting weird fingerprint marks on the back with no way to clean them, I don’t know if this is such a good thing for a laptop lid to have.

Other than that, the prototype seen in the video was the base variant and came packing in an Intel Core m3 processor, 8GB RAM, and 64GB storage along with a 1080p screen. Reportedly, the laptop will come in configurations up to a Core i7, 16GB RAM, 256GB storage, and a 4K “Molecular Display”.

So we basically know everything there is to know about the Pixelbook Go, including its variants. The only thing left is the pricing which we’ll find out officially on October 15 at Google’s Made by Google event in NYC… you know, unless that leaks out too.