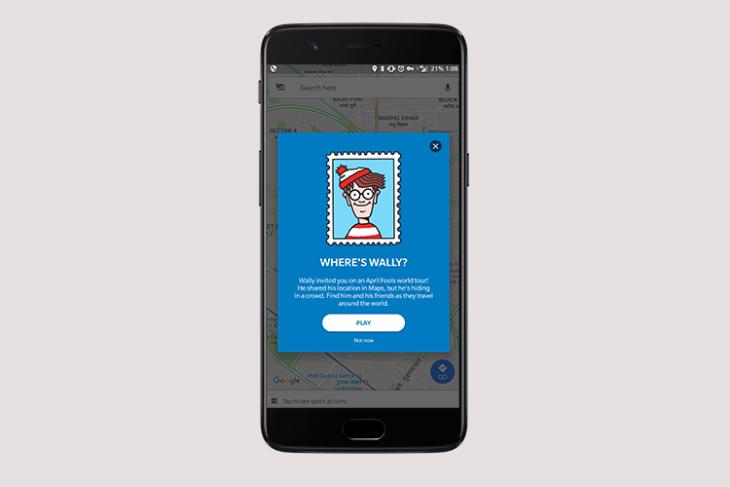 It was April Fool’s Day, yesterday, and companies all over the world were seen trying their hands at making April Fool’s jokes with their customers, users, subscribers, etc. We even launched a pair of headphones called Beeboom (but that shit is real… probably).

So when I opened the Maps app yesterday to check traffic for a particular road-trip I was planning on (which then got canceled), I wasn’t surprised to see an April Fool’s special going on in Maps as well. I was, however, surprised that it was as ingenious as a Where’s Waldo mini-game in the app.

Why was it ingenious? Well, think of it this way — unless you’re going somewhere you’ve never been before, chances are you’ll use Google Maps to check the traffic, close the app and be done with it; but Google wants to increase your in-app time… I mean, duh.

The Where’s Waldo game is perfect for this. It’s baked right into maps, in a way that makes it feel like Waldo is actually sharing his live location with you, and it’s time-consuming (as Where’s Waldo games usually are), kind of ensuring that people who have way too much free time (like yours truly) will get sucked into the Waldo-weird world of Maps. 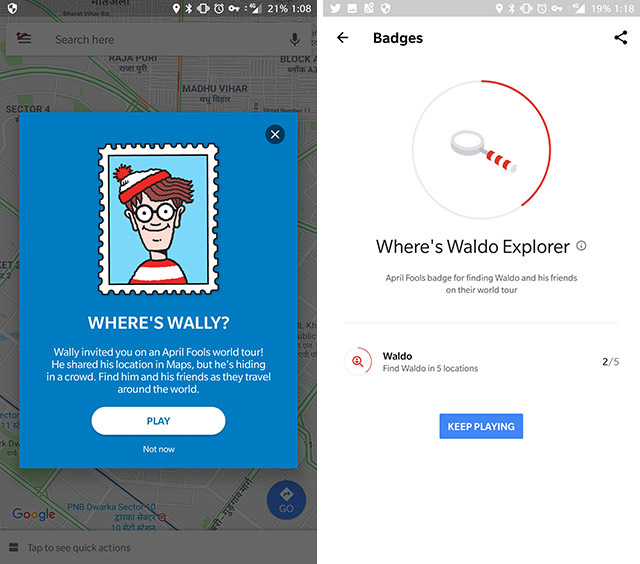 To make things even more fun, the app has 4 more Waldo-related characters that you can find on every level (with Waldo being the only required find to progress onto the next level), along with a notice that says you’ll get a special surprise if you find all 5 world-explorers in every single level. Imagine that. A special surprise from Google Maps… a week of no traffic, perhaps? I’d surely count that as the best surprise ever, because Delhi traffic is a nightmare, honestly.

Anyway, I played the game for a bit, reached till that La Tomatina thing in Spain, and that’s where I’ve been because I just can’t get myself to proceed to the next level until I find Wendy and that ridiculous dog with the red and white tail!

If you’re interested in playing the mini-game, just launch Google Maps on your phone (I’m not sure if this works in the Maps Go app, but let me know!) and you’ll find Waldo peeking out through the side of your screen.

Let me know if you cross that La Tomatina fest scene, will you?