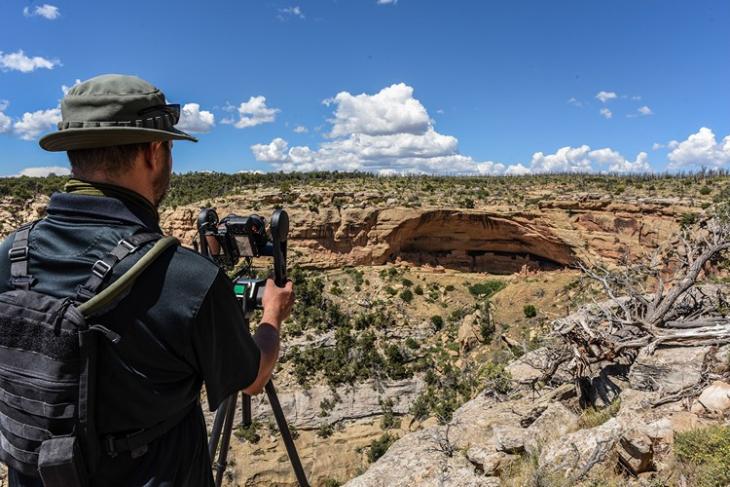 Google has announced that it has partnered with a nonprofit organization called CyArk to help preserve historically-significant architectural marvels that are at the risk of irreversible damage either because of natural disasters or because of human actions.

The images will help recreate these sites virtually so as to preserve them for future generations even if they happen to get destroyed by some unfortunate turn of events. The scanned images are also expected to be used to identify areas of damage and assist restoration efforts. The 3D images can be explored either on a computer, smartphone, or virtual reality headset.

CyArK, the company which originally started the project, was founded by Ben Kacyra, who is one of the creators of the world’s first three-dimensional laser scanning system. Now, Google Arts and Culture is not just tying up with the organization, but also opening up access to the virtual treasure trove of 3D-scanned medieval architectural marvels for everyone.

“As part of this new online exhibition you can explore stories from over 25 iconic locations across 18 countries around the world, including the Al Azem Palace in war-torn Damascus, Syria and the ancient Mayan metropolis of Chichen Itza in Mexico”

Over the years, monuments like the 1,500-year old Buddhist statues in Bamiyan, Afghanistan, and the 2,000-year old Temple of Bel in Palmyra, Syria, have all been razed to the ground either by religious fundamentalists or due to other conflict, or natural disasters. Unfortunately, none of those were 3D scanned before they were destroyed, which means they’ve been lost to the future generations forever.

Thankfully, however, the temple pictured above in Bagan, Myanmar, was scanned by CyArk before a 2016 earthquake destroyed it, alongside many of the other historic structures in the city. The scanned images have now helped Google to reconstruct many of the city’s key monuments in virtual 3D. In case you’re interested to explore the Open Heritage Project, you can download Google’s Art and Culture app for free on Android or iOS.