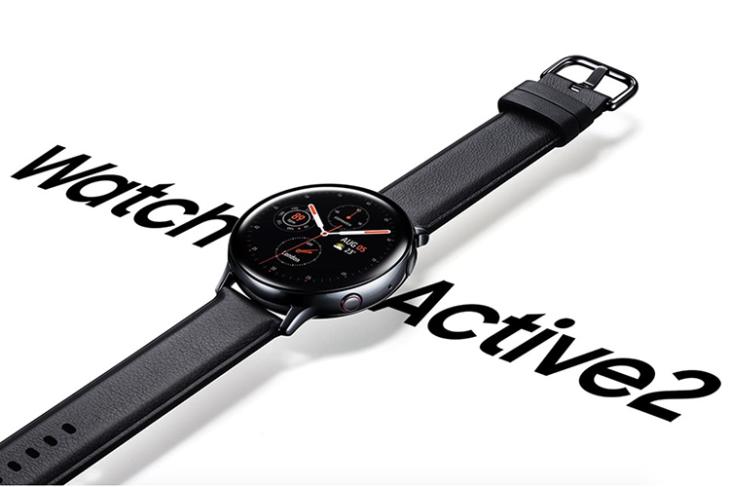 Samsung is rolling out a new update to Galaxy Watch Active 2, starting with the Bluetooth version of the smartwatch. The update brings some of the features announced at the Galaxy Watch 3 launch event.

Moreover, the update brings support for VO2 max measurement. For those unaware, VO2 max represents the oxygen consumption during exercises. This should help anyone who wants to take control of their breathing habits while involving in intense workout sessions.

Apple Watch is often credited for saving lives due to its fall detection feature. Samsung is now catching up by rolling out fall detection to its smartwatches. Once the watch detects a fall, it sends an SOS notification to up to four emergency contacts. You can enable the feature from SOS -> Detect falls in the Galaxy Wearable app.

Samsung is adding the ability to let users view emoticons and photos from the smartwatch. In addition, the company is also enabling Smart Reply for quick replies. Smart Reply is available in 9 languages namely English, French, German, Italian, Korean, Polish, Russian, Spanish, and Ukrainian. Alongside these, the Galaxy Watch Active 2 will automatically show chat history when you receive a new message so that you no longer have to worry about the context.

On top of all these new features, Samsung is improving the mobile experience with the Galaxy Watch Active 2. You can now access your playlists on your phone seamlessly from the smartwatch. Samsung has also added a scrolling screenshots feature and the captured screenshots will automatically be sent to your phone.