Skip to content
Home News Galaxy A32 5G: This is Samsung’s Cheapest 5G Smartphone to Date 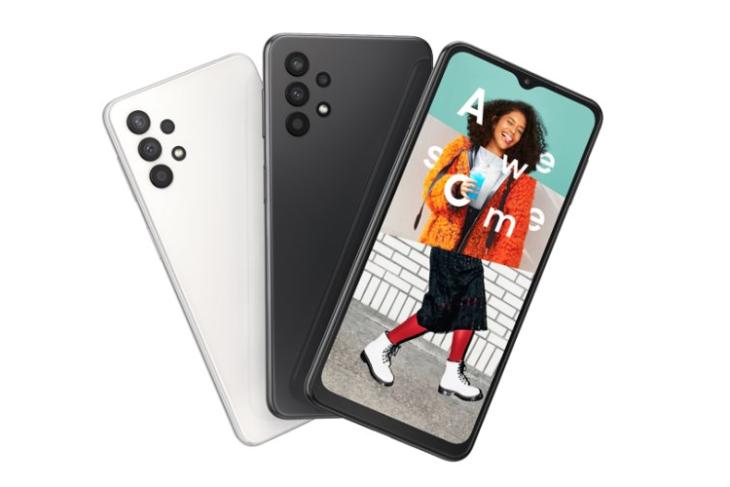 We have been hearing rumors and seeing leaks online about Samsung’s plans to launch an affordable 5G smartphone. The Korean giant has unveiled the Galaxy A32 5G in Germany today. This is Samsung’s cheapest 5G smartphone to date. It is powered by a 5G-enabled MediaTek chipset, supports a quad-camera setup, and a huge battery with fast-charging support.

Galaxy A32 5G features a 6.5-inch TFT display with an HD+ resolution, which is really surprising at this price point. Samsung already has me disappointed with this 5G device. It doesn’t even have its amazing AMOLED or at least a Full-HD+ LCD panel.

There’s a slightly bigger chin and a waterdrop notch, housing a 13MP (f/2.2) selfie camera, on the front. You will also find a side-mounted fingerprint sensor onboard. It is powered by the MediaTek Dimensity 720 chipset, coupled with up to 8GB RAM and up to 128Gb of storage (expandable up to 1TB via a microSD card). And it goes without saying but the Galaxy A32 supports 5G connectivity. Samsung does not specify the Android or OneUI version this device supports out-of-the-box. 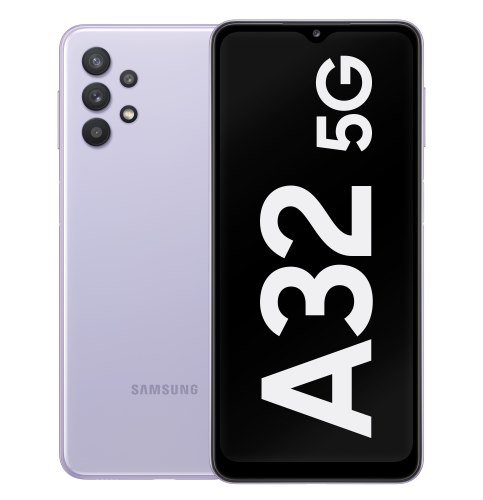 The Galaxy A32 5G features a quad-camera setup, where each sensor is just integrated into the rear panel instead of a defined camera island. The camera setup is helmed by a 48MP (f/1.8) primary sensor. You also find an 8MP (f/2.2) ultra-wide lens with a 123-degree FOV, a 5MP macro camera, and a 2MP depth sensor onboard.

The smartphone comes equipped with a massive 5,000mAh battery pack with 15W fast-charging support. Though Galaxy A32 5G is the cheapest 5G phone in Samsung’s portfolio, it is not at all an impressive device for the Indian market. This crown was previously held by Galaxy A42 5G, which is a much better offering.

The smartphone will be available in four awesome colorways – black, white, blue, and violet. It will go on sale starting from 12th February in Germany. There is currently no word on whether Samsung plans to bring this MediaTek-powered 5G phone to India.