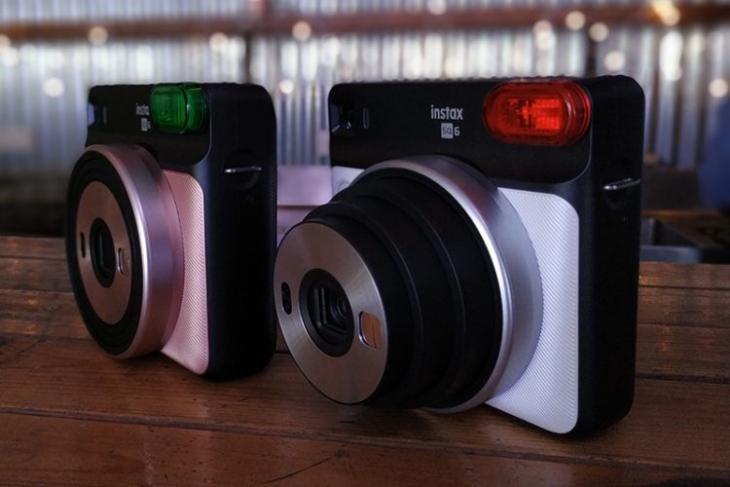 In a world chock-full of smartphone cameras, instant cameras are pretty much a forgotten legacy (except among hipsters, of course). If not for the sake of nostalgia, instant cameras do make a fun party piece thanks to the interactive nature.

Fujifilm is one of the few companies still bullish on this trend and has announced the Instax SQUARE SQ6 camera in India, priced at Rs 9999. The company bills this camera as youth-centric and had added a variety of presets to cover a wide spectrum of scenes and lighting conditions, including a dedicated selfie mode. 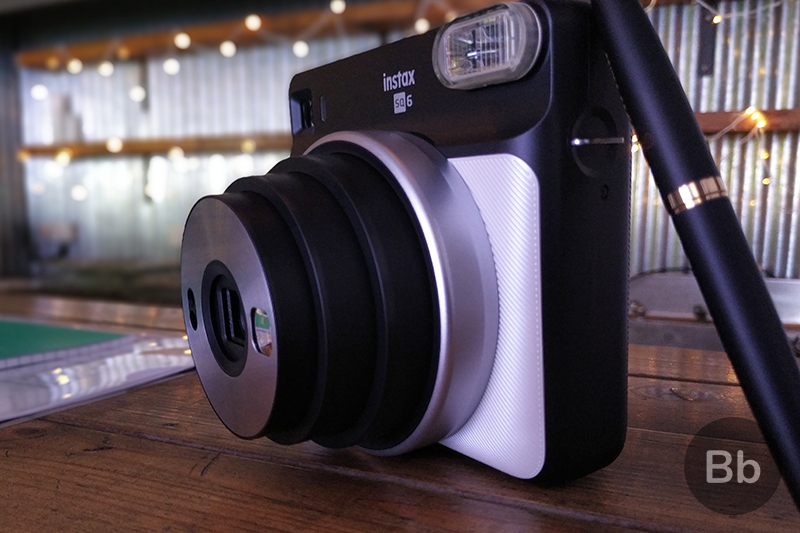 At the launch event, we got to experiment with the Fujifilm Instax SQUARE SQ6 camera and these are initial thoughts about it.

The instax camera is designed for square shots so that users do not have to waste time contemplating between landscape and portrait shots. The camera is square in shape like most instant cameras. On the front is a large 65mm lens which zooms out of the body when the camera is switched on. The shutter button is on the left of the lens on the front. 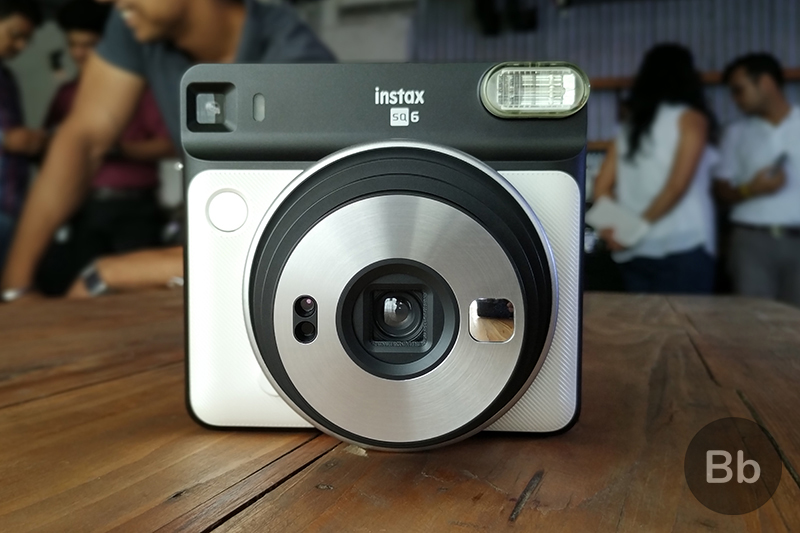 Along with the lens, you get a decent-sized selfie mirror so that you can find the right frame for your selfies. Above the retractable lens are the Xenon flash and an optical (non-electronic) viewfinder. The pictures come out of the top of the camera, while the power button lies right next to the cut-out. 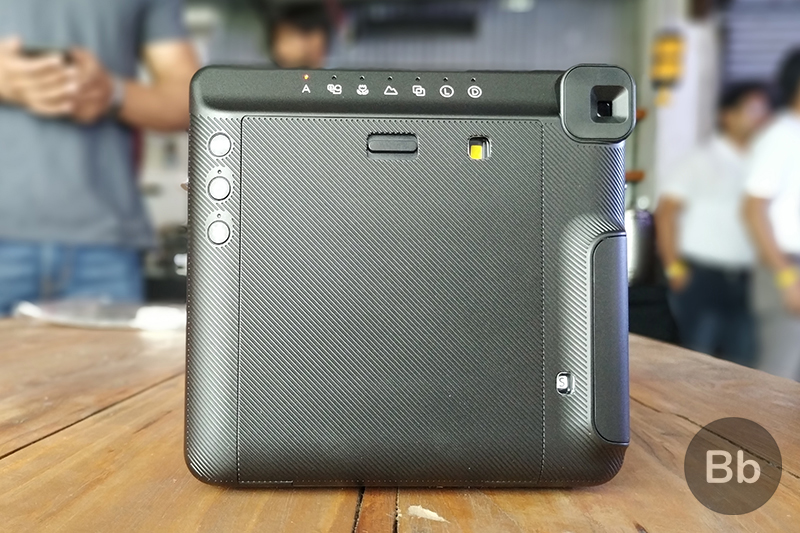 The back side of the camera is occupied by a housing for the light-sensitive photo paper. These papers come in a pack of 10 while a small indicator at the bottom informs you about the number of shots left before you need to replace the cartridge. Three buttons – for Mode, Timer, and Flash – are placed along the left edge while the viewfinder is at the top left corner. On the top, there are individual LED indicators for different modes. 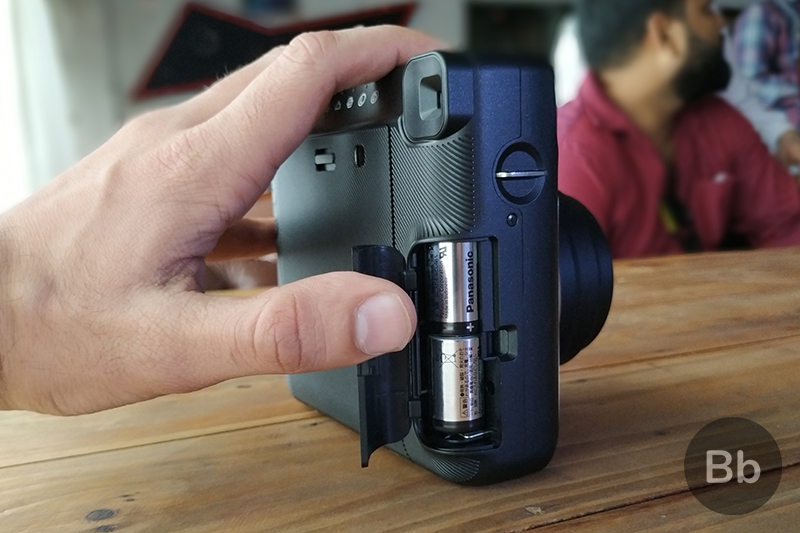 There is also a provision to hook the camera up to a tripod stand while the right side has an opening for CR2 lithium batteries which should last for 300 shots, according to Fujifilm. The exterior has a pattern of parallel lines running diagonally which certainly adds to the grip. 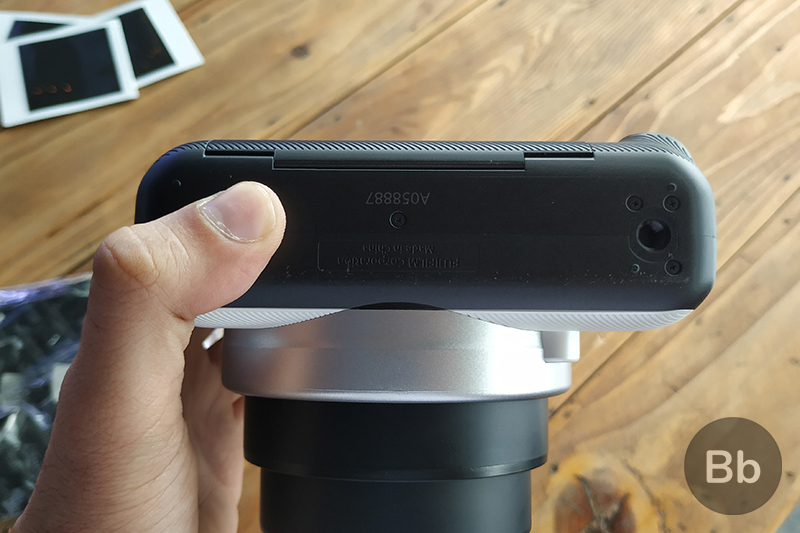 The SQUARE SQ6 is a point-and-shoot camera with a fixed focus lens. Even though it is retracting, the lens does not support zoom of any degree – although it automatically changes its position based on the mode you choose. 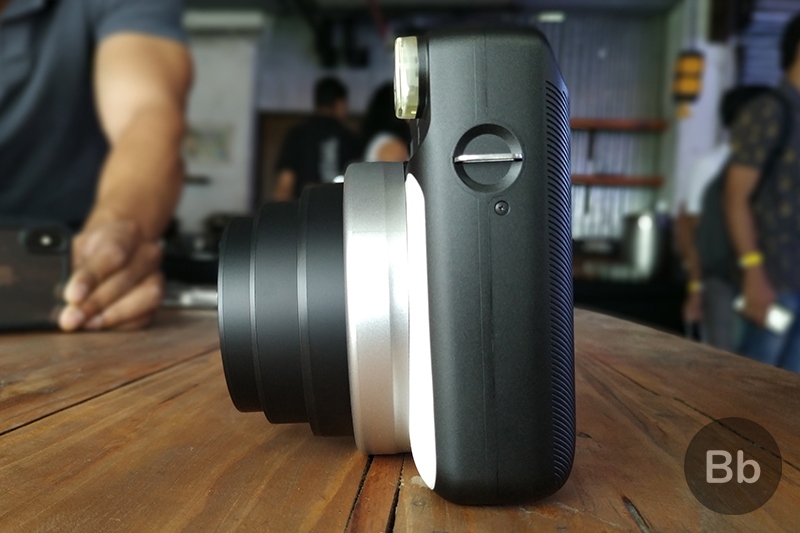 These modes include Auto, Selfie, Macro, Landscape, Dual-exposure, and separate low-light and daylight modes. These can be cycled through using the Mode button. 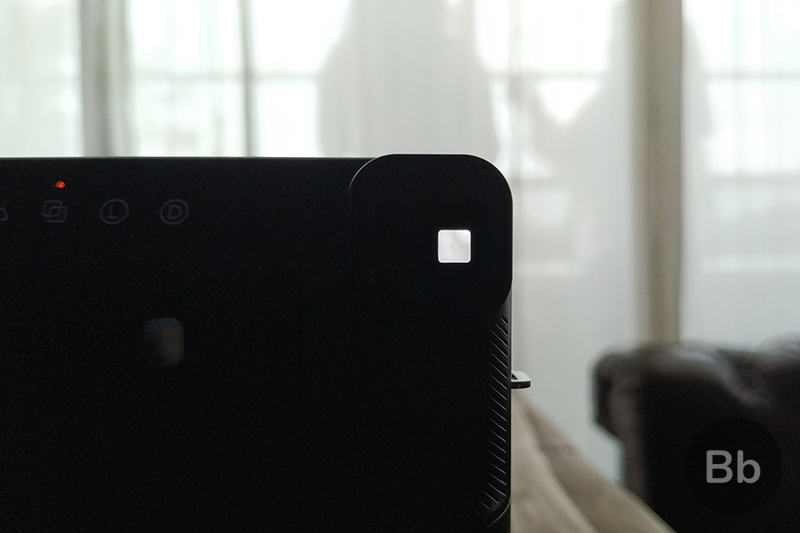 It took some effort to get used to the viewfinder and the positioning of the buttons, at the expense of some bad shots. If you’ve used Polaroids before, you’ll know the struggle of capturing the same frame as is visible in the optical viewfinder. This problem plagues this camera too.

Generally speaking, the prints took around two minutes to develop, which is not all that quick if you are impatient.

I started out by experimenting with the Auto mode and found the pictures to be of decent quality, save the occasional blur due to a shaky hand. Since it is a fixed focus lens, you’ll have to make sure that the object is at a fair distance else the images turn out blurry or the camera tends to focus on the background. 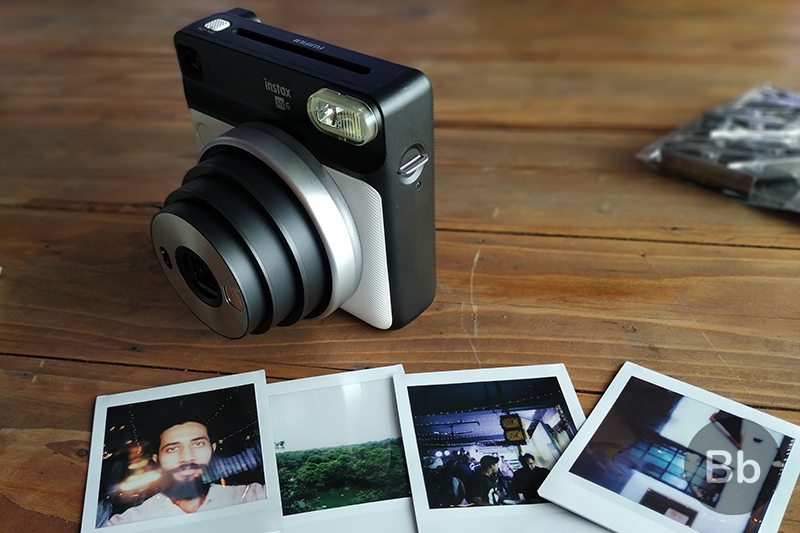 There is a purplish tint to every nearly photograph which is probably to give pictures that film-like look. You can also add color filters over the flash to click images flooded with colored light. The camera has automatic exposure control with a dynamic range of up to ISO 800. This means that while indoor shots have sufficient lighting, outdoor shots are sometimes are awash with unnecessary brightness.

The macro shot did not turn out to be as nice as I had expected and while the dual-exposure mode is an interesting addition, it needs a stable surface or a tripod, else the pictures are prone to blur due to the shaky hands.

Selfies also require steady hands and reaching the shutter button while holding the camera with a single hand is not easy at all. The selfie mirror is pretty big though in the scheme of things and can fit more than just a couple of people in the frame.

Fujifilm Instax SQUARE SQ6: Gateway to the Past

The Fujifilm Instax SQUARE SQ6 is a great option for those into old school cool, though it’s not all that old school. It’s a great way to those relive memories of childhood. We think it would be a good companion when you’re traveling, especially solo, as you can take little pictures of the people you meet and leave behind a souvenir.

The SQ6 can also be a great gift for those who love taking photos at parties, and those selfie maniacs of course. And if you’re like me, you can just buy it to watch the film develop, which is a fascinating experience in itself. 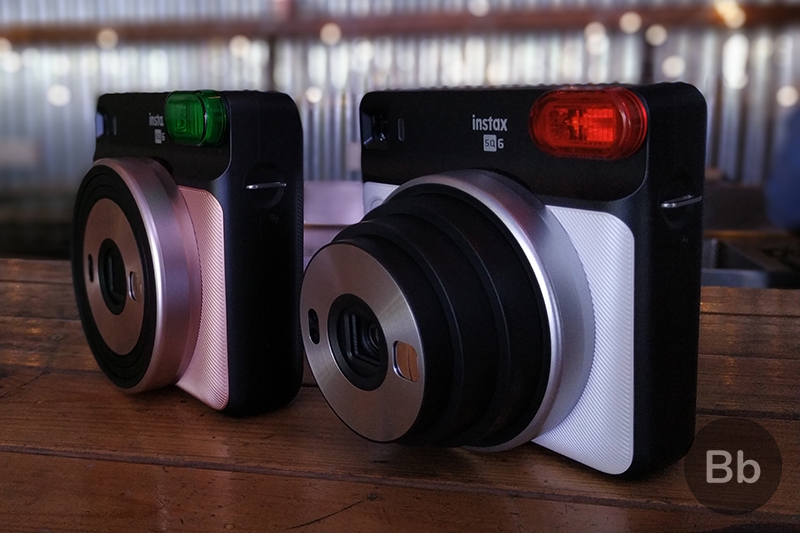 Priced at Rs 9,999, the SQ6 would require you to spend quite a bit if you do end up using it a lot, as each pack of 10 papers is priced at Rs 699. The camera is available in three colors – Pearl White, Blush Gold, and Graphite Gray.

Will you be picking up the Fujifilm Instax SQUARE SQ6 or are instant cameras not your thing? Let us know what you think about this particular camera in the comments below.