Even though the autoplaying ad itself wasn’t pornographic, the link displayed an objectionable thumbnail. YouTube was quick to remove the offending channel from the platform, however, the company’s screening process for ads doesn’t seem to have improved. 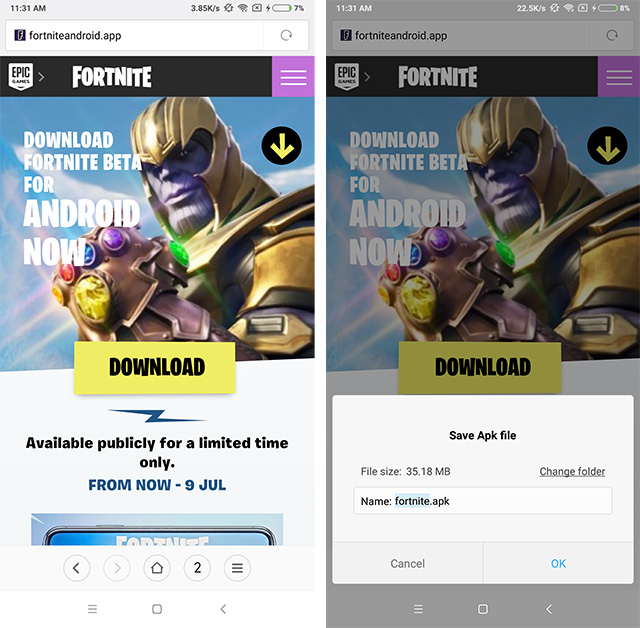 A recent thread on Reddit highlights another video that is being served as an ad on the platform, but this time it’s targeting the wild popularity of battle royale game Fortnite. The video in question is a tutorial which explains how users can get Fortnite on Android devices. Developer Epic Games recently announced that the game is on its way to Android devices, but it hasn’t been released yet. The ad uses the release hype as a pretext to get users to download unwanted apps first, which would “unlock” Fortnite’s beta release. 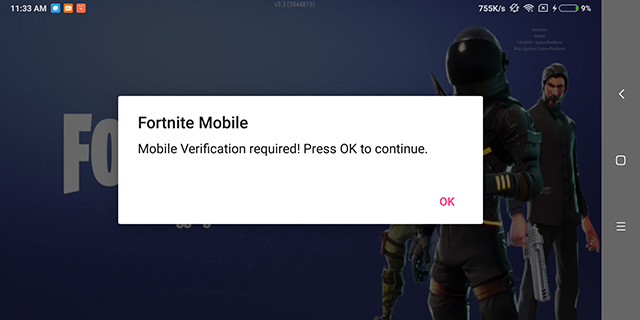 The ad asks users to head to a dodgy website which provides a download link for a “fortnite.apk”. It then prompts the users to install the unverified APK by granting permission to install apps from unknown sources.

The alleged Fortnite app asks users to verify if they’re human by taking them to a URL called “areyouabot.net” which requests them to download other apps and use them for 30 seconds to activate the Fortnite invite. In our case, we got three apps, namely Castle Clash, Lords Mobile, and quite interestingly Paytm. 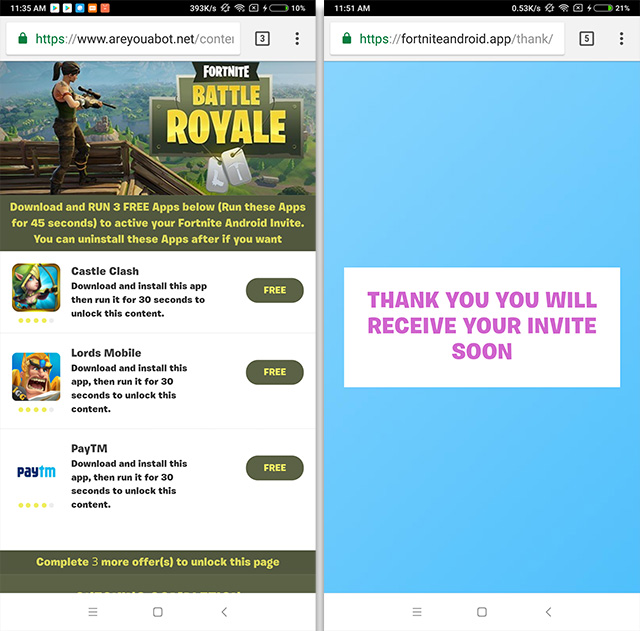 It’s worth noting that while Fortnite APK is downloaded from an unknown source, the rest of the apps have to be downloaded from the Google Play Store, so we can be sure about their authenticity.

Upon completing the “verification” the website redirects to the previous web page and displays a note claiming, “Thank you you will receive your invite soon”. Even though the three apps its asked us to download are legitimate, we aren’t sure of the true nature of the Fortnite APK.

The app requires permissions to run in the background which suggests that it might be some form of a malware or adware. 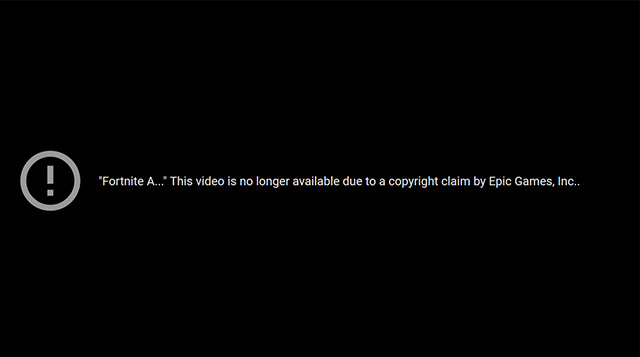 While YouTube’s advertising policy doesn’t explicitly include misleading content within its guidelines and best practices, upon closer inspection we noticed that the AdSense program policies do, in fact, mention that any pages with Google ads may not include “Malware or adware”. It’s worth noting that while the video was live at the time of writing, it seems to have now been removed following a copyright claim made by Epic Games.