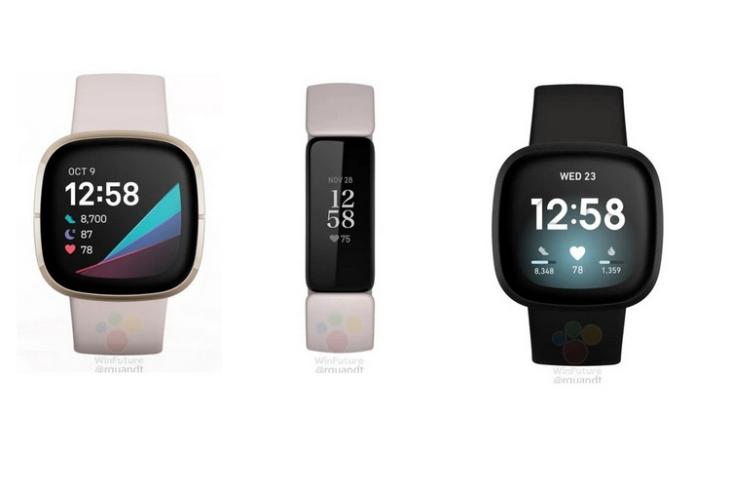 Fitbit is apparently working on three new devices that might launch before the end of the year. According to German tech blog, WinFuture, the devices will be marketed as the Fitbit Versa 3, Fitbit Sense and Fitbit Inspire 2. While the third one is likely to be a budget device in line with the original Inspire, the first two should offer more premium features.

The blog also published a whole host of images of the upcoming devices. The images reveal that while the Versa 3 and the Sense smartwatches will have a square form-factor, the Inspire 2 smart band will retain the elongated rectangular shape of its predecessor. It will likely have a lower price-tag than the other two, but is unlikely to offer all the bells and whistles.

Interestingly, the two smartwatch models may not ship with any physical hardware buttons on them. In case of the Versa 3, it comes with what seems to be a divot instead of a traditional crown, so it will be interesting to see if it will be a touch-sensitive control button for the device.

The inner-side of the watches also seem to reveal that both devices will ship with voice controls, GPS and water resistance of up to 50M. In addition, the Fitbit Sense will also have heart-related feature, most likely, ECG/EKG. Of course, given that these will be relatively premium smartwatches, both are likely to offer heart-rate monitoring.

Either way, there’s no word on the tech specs of any of these devices just yet, but we should get more info on that front in the coming weeks.