For years, users have been asking for a native tool to record screen on Chromebooks. There are a handful of Chrome extensions that do the job pretty well, but ask for top dollars to access even basic features. So it’s heartening to see Google bringing a native screen recorder on Chromebook. The feature has made it to the beta channel, just short of public release, and will be widely rolled out to all stable users pretty soon. So if you want to enable screen recording on a Chromebook and check how the new tool works, well follow our guide below.

Note: This method only works on the Chromebook and not on the Google Chrome browser. For recording Chrome on PC or Mac, check out our list of best screen recording extensions for Google Chrome.

Enable Screen Recording on a Chromebook

The native screen recording feature is currently available on the beta channel of Chrome OS (88.0.4324.22). If you are on the stable build then you can switch to the beta channel by going to Settings -> About Chrome OS -> Additional Details -> Change Channel -> Beta.

Now, re-open the “About Chrome OS” page again and check for updates. Don’t worry, this process won’t delete any of your files or programs. With that out of the way, let’s now go through the steps.

1. Open chrome://flags on the Chrome browser and search for “screen capture test“. You can also open chrome://flags/#screen-capture directly to access the screen recorder flag. Now, select “Enabled” from the drop-down menu. 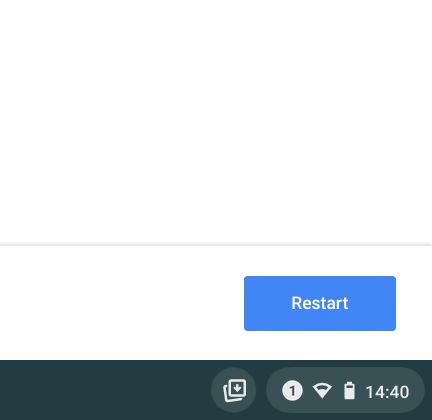 3. Finally, click on the Quick Settings menu and here you will find a new “Screen capture” tile. You have successfully enabled screen recording on your Chromebook. 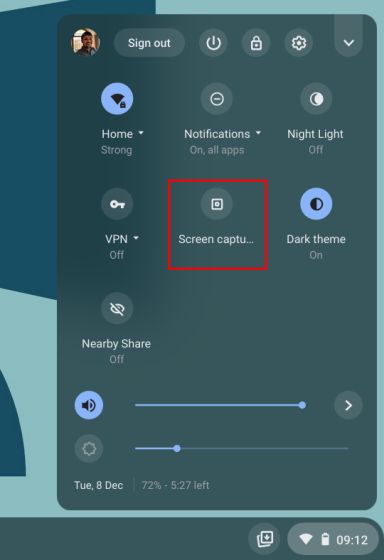 4. To use it, click on the “Screen capture” tile and it will open a bottom-bar menu. Click on the video icon to switch to screen recording. On the right side, choose how you want to record: full-screen, partial, or an active window. 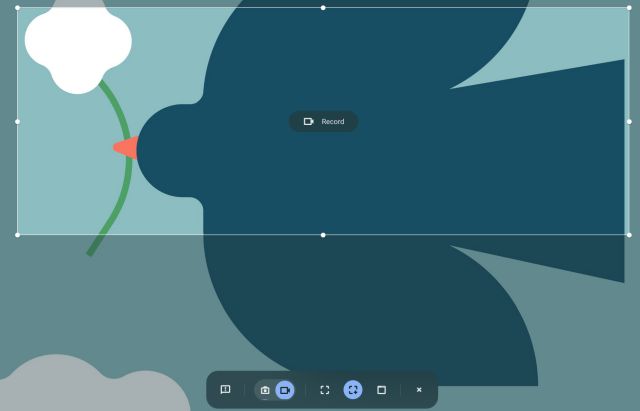 6. To stop the recording, click on the stop icon at the taskbar. The screen recording will be stored in WEBM format and is well-optimized. The only missing feature I found was the lack of microphone support while recording the screen. It could be a great addition for people who want to create small tutorials with voiceover in the background. 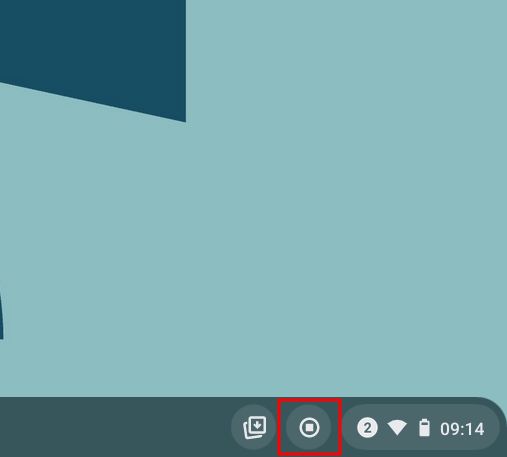 7. Along with screen recording, the new tool also brings a new and intuitive way to take screenshots on a Chromebook. You can press “Ctrl + Shift + Overview button (above 6)” to bring up the new screen capture mode. What I like about this new tool is that it remembers the position of the last screenshot in partial mode, making the workflow much faster. 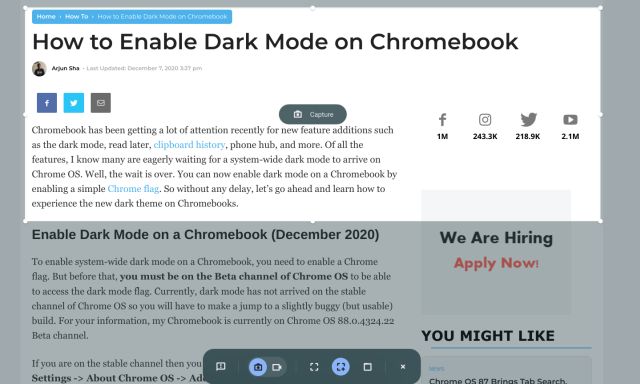 Record Screen on Chromebook with the New Capture Mode

So that is how you can enable screen recording on a Chromebook and use it to your advantage. Sure, there are some missing features like screenshot annotation and microphone support, but it’s still better than nothing. Anyway, that is all from us. If you are looking for third-party apps to record screen on a Chromebook then go through our list. And if you are facing any issue then comment down below and let us know.