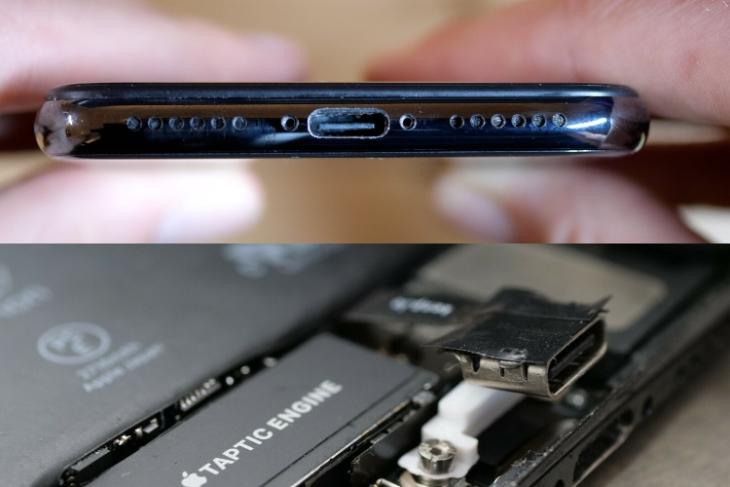 Earlier last month, we saw a YouTuber named Ken Pillonel, who is also an electronics engineer, develop the world’s first-ever iPhone with a USB-C port. After successfully installing a working USB-C port on an iPhone X, Pillonel listed the device on eBay. Now, the eBay listing for the world’s first USB-C iPhone has hit six figures, surpassing the $100,000 mark.

Now, for those unaware, although Apple switched to USB-C for its iPad models, the Cupertino giant has stuck to the lightning port for its iPhones. Citing this, Pillonel started to work on the project earlier this year.

Last month, the engineer shared an in-depth video (attached below) to show how he installed a USB-C port on his iPhone X. Although it was not an easy task, Pillonel did it and developed the world’s first and potentially the only iPhone model with a Type-C port.

So now, it seems like people want a USB-C iPhone more than ever as Pillonel’s eBay listing has surpassed the $100,000 price point. After Pillonel listed the device on the platform, it reached the $85,000 mark soon. As of writing this article, the listing has received 150 bids and the value remains at $100,100 (screenshot below). However, if you are planning to place a bid for it on the e-commerce platform, there are a few things you should know.

“I guarantee that the phone will work when you receive it but if you don’t follow the aforementioned guidelines you are on your own,” Pillonel wrote. So, are you willing to follow the guidelines and get the world’s first USB-C iPhone? Or do you think it is way overpriced? Let us know your thoughts in the comments below.