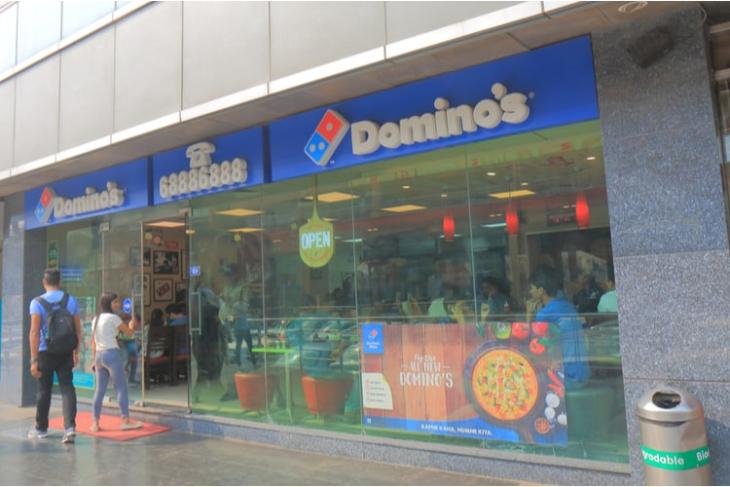 What is it with 2021 and data breaches? It seems like hackers have become hyperactive amidst the pandemic and are breaching the security of major companies like Facebook, Mobikwik, and LinkedIn. Now, as per recent reports, sensitive customer and employee information of Domino’s India, including credit card numbers, phone numbers, and names, have allegedly leaked on the dark web.

Although nothing is substantial, as of now, Alon Gal, the CTO of cybersecurity firm Hudson Rock shared a tweet about Domino’s India’s data leak. As per the tweet, a “threat actor” has allegedly hacked Dominos India’s database and stole 13TB worth of data. You can check out the tweet right below:

The leaked data includes sensitive information of millions of customers including details close to 18 crores orders, ten lakhs credit cards, real names, addresses, email IDs, and payment details. Apart from these, the data also allegedly includes data of Dominos India’s internal files from 2015 to 2021. This even includes the personal info of around 250 employees, as per screenshots.

As per the reports, the hacker is also aiming to build a search system for the 13TB database to query the leaked data. Moreover, according to Gal, the hacker is selling the data for around 10 BTC, which translates to $569,000 or Rs 4.25 crores considering the current market rate of Bitcoin.

Following the alleged data leak, Gadgets 360 reached out to Dominos India to comment on the topic. As per a company spokesperson, Jubilant Foodworks, which runs the Dominos franchise in India, Srilanka, and Bangladesh, has denied the data leak. However, as per the statement, the firm did experience “an information security incident recently.”

“No data pertaining to financial information of any person was accessed and the incident has not resulted in any operational or business impact. As a policy we do not store financial details or credit card data of our customers, thus no such information has been compromised,” added the spokesperson.

“Our team of experts is investigating the matter and we have taken necessary actions to contain the incident,” the statement further added. With this in mind, we suggest you reset your password on the Domino’s India app (Android, iOS) right away.