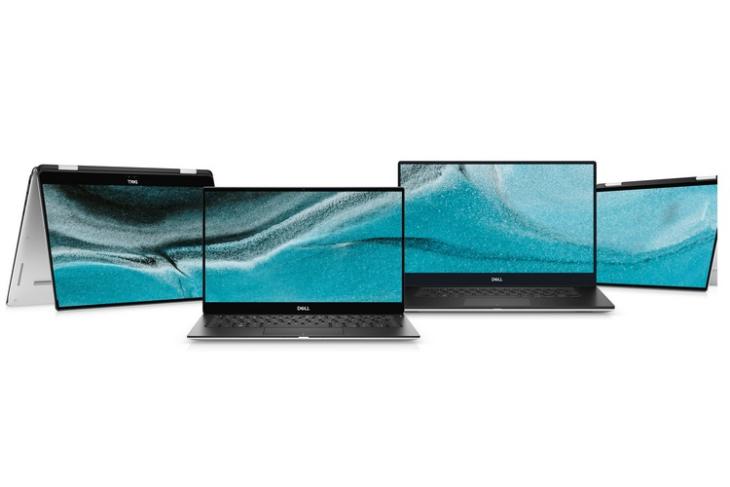 After unveiling a number of gaming-centric PCs and accessories at Gamescom 2019 earlier this week, Dell has now expanded its consumer PC portfolio with brand new form factors and refreshed existing XPS and Inspiron models with Intel’s newly-announced 10-gen Core processors. In an official press release, the company said that the new devices and the refreshed lineups will offer heavyweight performance in lightweight form-factors.

The models that are getting the new 10-gen Core processors include the XPS 13-series that will now be powered by up to a Core-i7 hexa-core chip. It will also have Wi-Fi 6 connectivity, thanks to the new Killer AX1650 (2×2) built on Intel technology. In addition, the XPS 13 2-in-1 that was announced earlier this year, is also now available for purchase. It is the world’s first Project Athena-verified laptop available with the new 10nm Ice Lake processors, announced earlier this month.

Dell’s Inspiron line is also getting the 10-gen treatment, but alongside that, the company is also bringing premium materials with the introduction of the new Inspiron 14 7000-series ultralight laptops. Weighing less than 1.1kgs, the devices come with a durable magnesium alloy chassis, a new lid-open sensor, Connected Modern Standby and fingerprint reader built into the power button.

The company is also upgrading many other laptops and desktops in its portfolio with the new processors. They include a whole host of Inspiron devices, including Inspiron 13/14/15/17-series ultrabooks, 2-in-1s and convertibles, as well as a number of laptops in its enterprise-oriented Vostro line, including Vostro 13/14/15-series devices.

The IFA tech show begins in Berlin next month, and the company is expected to show off many of these devices at that event.