Skip to content
Home News China Could Hurt Apple Profits by 29% If It Fires Back on the Huawei Ban: Goldman Sachs 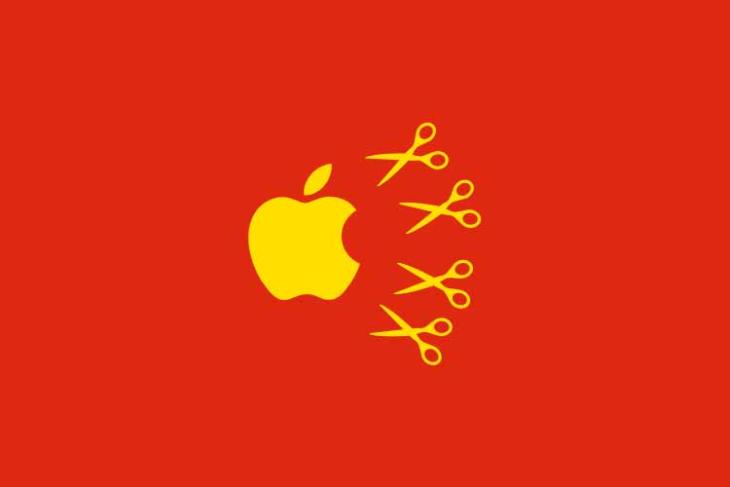 As the US imposed trade restrictions on Huawei slowly take their toll on the world’s second largest smartphone company, Goldman Sachs analysts have now said that China could hurt Apple’s profits by as much as 29% if the country decides to retaliate on the ban.

In a note to investors, Goldman Sachs analysts mentioned that Apple could lose as much as 29% of its profits if China banned the sale of iPhones in the country as retaliation for the ban on Huawei in the US. 17% of Apple’s sales come from China, which would make such a move a huge blow to the Cupertino giant, which also depends on China for actually assembling its iPhones, MacBooks, and other products.

China could restrict the production of Apple products in the country, which would deal a major blow to Apple — the world’s third largest smartphone brand. The analysts did note that such a move from China would be highly ill-advised, since “it could have negative implications for the China tech ecosystem as well as for local employment” but with the trade war between the two global powers escalating the way it is, there’s no certainty in what might happen next, if and when China decides to retaliate.

China is also the manufacturing hub for most American companies, so a Chinese imposed ban on US-production in the country would not only be a problem to Apple, but to a myriad of US-based companies that depend on Chinese manufacturing for their products. Apple, for its part, has been trying to shift manufacturing out of China, and has opened manufacturing plants in India as well, but becoming completely independent of China for manufacturing is not something that can be done easily.

Over the last week, US imposed restrictions on Huawei have seen the Chinese company being shut out of doing business with Google, Microsoft, Intel, Qualcomm, ARM, and even telecom operators in Europe and Asia.