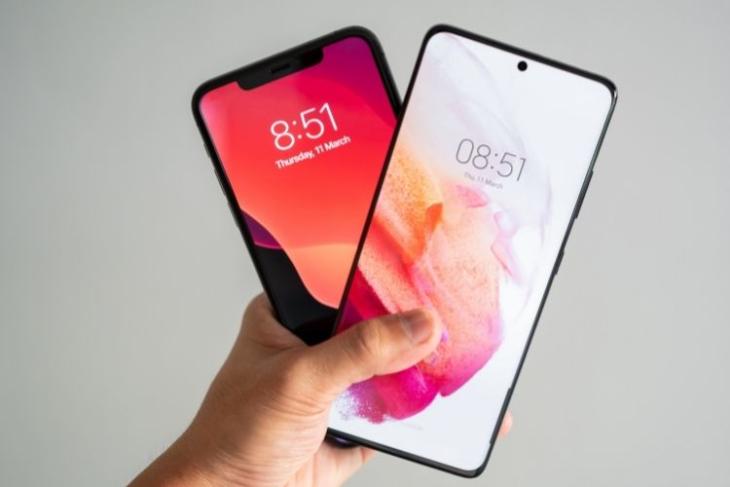 If you are planning to upgrade to an iPhone or any Apple product in exchange for an Android smartphone, chances are that you might be disappointed. That is because Apple has lowered the trade-in value of some Android smartphones, meaning you will get really less money even for your flagship Android phone. And we’re not talking about budget phones but the premium ones, including the Galaxy S21 and the Pixel 5.

Trading Android Phones for iPhone Might not be a Good Deal

It is reported that Apple has changed the trade-in value of a number of Android phones listed on its website. The list mainly comprises the Samsung Galaxy S and Note series and the Pixel phones. We also have access to the old trade-in values and the difference is drastic. It seems like Apple doesn’t care if you own just a year-old phone and still considers it almost worthless.

One thing worth noting is that Apple displays the maximum value one can get after exchanging the phones. However, depending upon the phone’s condition, this value is subject to change.

The changed trade-in values are now live on the Apple US website. Here’s a look at the new and old trade-in prices of Android phones:

While the decision seems fair considering these phones are old compared to the new ones that will launch in 2022, the depreciation seems high for a phone that isn’t really obsolete. What are your thoughts on the new trade-in value of Android phones against the iPhone? Are you willing to trade in now? Let us know in the comments below!