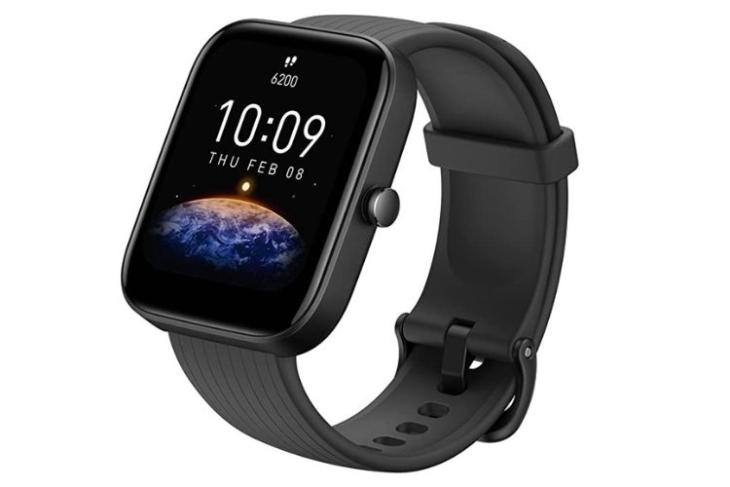 Amazfit has added a new affordable smartwatch to its Bip range called the Bip 3. The smartwatch has been made official in Brazil and comes with a bigger 1.69-inch AMOLED display, a SpO2 monitor, and loads more. Here’s a look at all the details.

The Amazfit Bip 3 comes with a square dial and a 1.69-inch HD AMOLED TFT LCD touch display. It gets a layer of 2.5D glass and has support for a pixel density of 237ppi. This is much bigger than the 1.43-inch screen size of the Bip U smartwatches. There’s support for more than 50 watch faces, along with support for customized ones as well.

It supports various health-related features like a BioTracker PPG sensor for a 24-hour heart rate monitor, along with a SpO2 monitor, as mentioned earlier. There’s also support for over 60 sports modes and the good part is that it comes with in-built GPS and GLONASS. It is also equipped with swim-tracking and for this, there’s 5ATM water resistance too.

Other things that the new Amazfit Bip 3 can monitor include sleep, stress, and breathing. For female users, there’s the ability to track the menstrual cycle and ovulation too. Additionally, the watch is said to last up to 11 days on a single charge and measures ‎4.42 x 3.66 x 0.76 cm. Plus, it weighs 120 grams.

The Amazfit Bip 3 comes in black, pink, and purple colorways.

The Amazfit Bip 3 is currently available on Amazon in Brazil and as per the listed pricing, retails at BPL 279, which is around Rs 4,400. Amazfit is yet to officially unveil the smartwatch, though. There’s no word on its availability in other regions, including India. But we can expect it to happen soon. Hence, stay tuned for further updates.