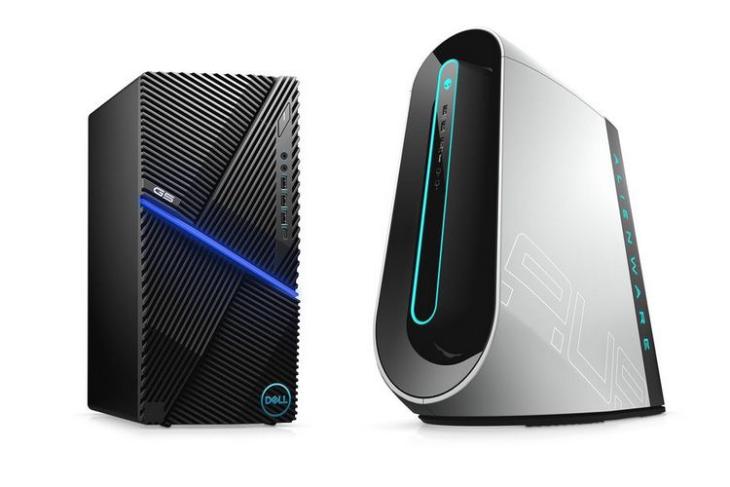 Dell has unveiled a number of gaming-centric PCs and accessories at Gamescom 2019, which kicked off Tuesday in Cologne, Germany. The lineup includes not only the Alienware Aurora R9 desktop and the first Dell G5 desktop, but also a number of gaming monitors under both the Dell and Alienware brands, as well as gaming keyboards and mice.

The most notable launch is the Alienware Aurora R9 desktop that brings the minimalist ‘Legend’ industrial design language to a smaller and more compact from-factor. According to the company, the design will help with better airflow inside the case, leading to lower temperatures overall.

In terms of hardware, the Aurora R9 comes with up to Intel’s 9th-gen Core i9-9900K processor, up to 64GB of HyperX Fury DDR4-3200 RAM and up to Nvidia GeForce RTX 2080 Ti or AMD Radeon 5700XT graphic cards. The device is available for purchase with immediate effect in the US, starting at $970, but pricing and availability details for India are yet to be announced.

Slightly more affordable than the Alienware R9, the Dell G5 desktop is aimed at new PC gamers looking for gaming computers on a budget. According to Dell, it is designed to offer “game-ready power, graphics and features in a compact, upgradeable form”. The device comes with up to Intel Core i9-9900K CPUs, up to 64GB of DDR4-2666 RAM and up to Nvidia GeForce RTX 2080 chips. It is already available for purchase in the US, starting at $629. Pricing and availability details for India have not yet been announced.

It comes with an included VESA mount adapter, while its built-in speakers are tuned with Waves MaxxAudio for audio accuracy and clarity. It will be available for purchase in the US starting September 30 at a whopping $3,999.99.

Alongside the monitors, Dell also launched a number of other gaming peripherals, including keyboards and mice with the same Legend design philosophy. The new launches include a low-profile RGB mechanical gaming keyboard with the latest Cherry MX low-profile Red keys, a 16,000 DPI wireless mouse with custom adjustable scroll wheel and 7 programmable buttons, a 34-inch WQHD 120Hz curved gaming monitor and more. Most of these accessories will be available in the US from late August or September.

PUBG Will Gain Cross-Play Support on Consoles This Fall