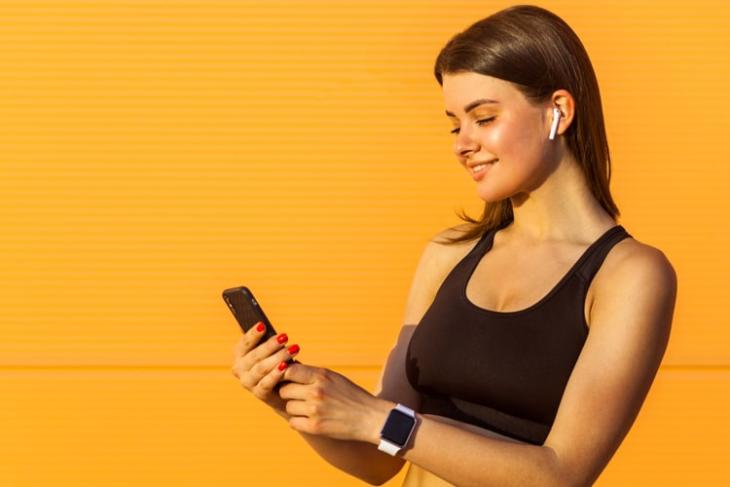 Apple files numerous patents and the recent one spotted online is for the AirPods. It appears like the company wants to introduce a system that will allow the AirPods to detect the positioning and movement of a user’s head to deliver relevant feedback during an Apple Fitness+ workout session. Here’s how.

Apple recently filed a patent application, titled “Wireless Ear Bud System With Pose Detection,” hinting at the development of the system that will leverage AirPods’ sensors to collect the necessary data and detect the positioning and movement of a user’s head. The patent was filed back in October 2021.

The head-pose detection system in AirPods can be used to detect whether or not a user is doing a fitness routine correctly. If they are making the wrong head movements during a routine, the AirPods will then deliver the necessary audio feedback to correct their movement for the routine.

“A host electronic device may communicate wirelessly with the earbuds and may form part of an earbud system that supplies the user with coaching and feedback while evaluating user performance of a head movement routine or other exercise routines,” the patent reads.

With this system, the company aims to improve its subscription-based fitness service Apple Fitness+.

The data for the relevant audio feedback will be collected by the accelerometer in the AirPods to detect the head movements. So, if a user does a routine incorrectly, they will hear a harsh buzzer sound. Doing a routine correctly, on the other hand, will play you a soothing chime sound. Plus, the AirPods will also be able to provide tips to improve head movements during workouts.

The system will also be able to compare the head movements of the user with the correct head movements of a particular routine. It can then show the desired pose for the routine on another display-based device like “a cellular telephone, tablet computer, desktop computer, television, or other devices.”

“The guidance could take the form of spoken commands, text, audio clips, diagrams, videos, and other methods that help guide the user through the routine,” the patent further adds.

Apart from using the new head-pose detection system for Apple Fitness+, Apple could also use the technology to further improve its 3D Spatial Audio tech. The technology, which relies on head movements to deliver a 3-dimensional audio experience to users, can take advantage of the head movement data collected by the AirPods to deliver a more personalized audio experience.

Since it’s just a patent, there’s no word on its availability. We also don’t know if Apple would release this for existing AirPods via an OTA update or make it available exclusively for future AirPods like the AirPods Pro 2. Nonetheless, you can let us know your thoughts about the new head-pose detection feature in AirPods in the comments below.

How to Announce Notifications on AirPods in iOS 15