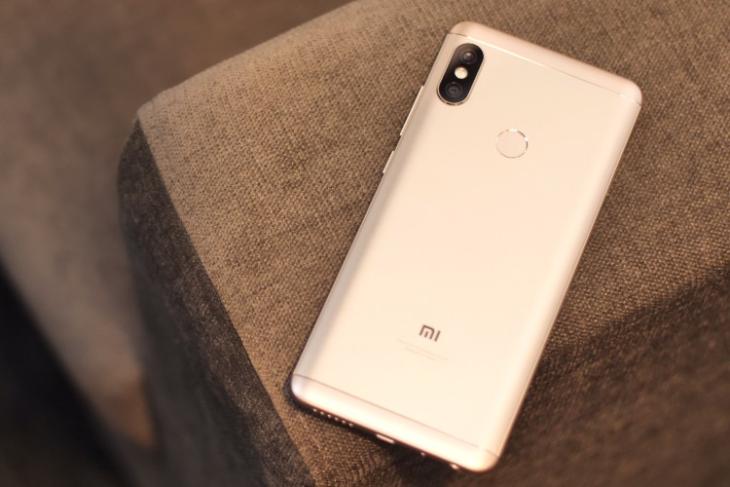 There’s no doubt, the Redmi Note 5 Pro has been a gigantic success for Xiaomi in India in the past month. The stocks run dry in the first few seconds of every flash sale and Mi fans are still clamoring for more.

However, the Chinese giant is looking to emulate this success in its home country with the launch of this very smartphone with just the Redmi Note 5 moniker. While Xiaomi has not changed much on the specs front, except for the camera. Yeah, the Chinese Redmi Note 5 has been launched with a far superior rear camera, at least in terms of hardware.

The Redmi Note 5 Pro in India sports a 12 MP primary lens with f/2.2 aperture and 5 MP secondary lens with f/2.0 aperture on the rear. This was being touted, as well as marketed, as the camera beast in this budget segment, and the results have been excellent in comparison to phones twice the price.

But this week Xiaomi launched this device in China as the Redmi Note 5 and it has a much better dual-camera pair on the rear. The 12 MP primary camera gets a larger f/1.9 aperture, which should enable more light to be captured. The improvements will be most apparent when taking shots in low light situations.

And as one would expect, the Indian fans and buyers are not too pleased with this change in the dual-camera specs. Many have taken to  Twitter to question Xiaomi about the change and the upgraded hardware in the Chinese variant.

There’s no word from Xiaomi on why they’ve chosen to upgrade the camera on the Redmi Note 5 launched in its home country, as compared to India. This is being seen as cheating or deceit on the company’s part by many, which is evident from the tweets above.

We’ve reached out to Xiaomi for an official comment to clear the air around this camera upgrade, and to ask whether there are any other hardware changes in this phone as compared to the India model.