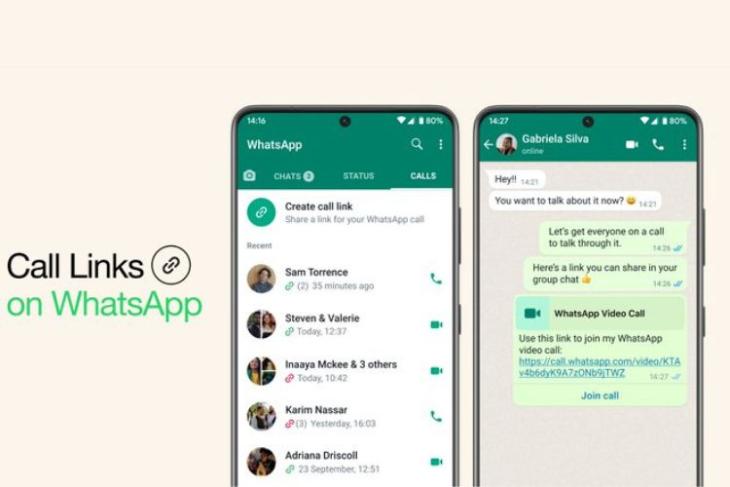 WhatsApp is trying to make it easier for people to join calls with a simple tap. The Meta-owned messaging platform has introduced the new Call Links feature, which will be akin to how you can get links to Google Meet and Zoom calls. Have a look at the details.

WhatsApp’s Call Links will help you create a link to an audio or video WhatsApp call, allowing people to join the calls with a simple tap. This will allow you to add people to a call even if they aren’t on your contact list.

The option to create Call Links will be soon available in the Calls tab of the app, from where you can create a link and send it to people. The feature will start rolling out to users this week but there’s no word on if this will be for both Android and iOS users.

This feels like a welcome change but you should know that Google and Zoom have been doing this for a long time, allowing anyone without the app to join a call.

Meta’s Mark Zuckerberg has also announced that it will soon introduce encrypted video calls for up to 32 people. This ability is currently being tested and is expected to reach users pretty soon.

In related news, WhatsApp is beta-testing a number of new features like the Companion mode to use WhatsApp on any Android tablet and phone simultaneously. This will be an extension of the Multi-device support feature. A new camera shortcut is also being tested. It remains to be seen when these features will be introduced to the general audience, though. Until then, do share your thoughts on the new Call Links feature and tell us if it’s useful in the comments below.