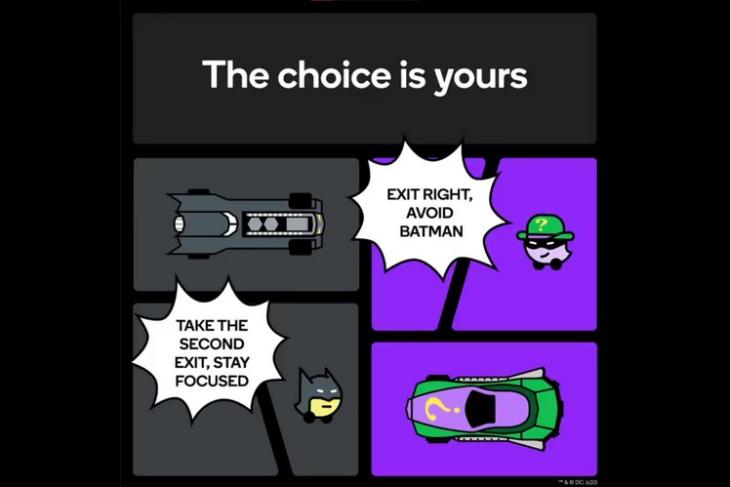 Since its launch way back in 2006 as FreeMap Israel, Waze, the crowd-sourced navigation app has become one of the most popular nav-apps for smartphone users all around the world. The developers often add nifty features to improve and secure the road experiences of drivers. However, this time, the developers added a fun feature to the app that lets you get the all-time favorite superhero, the Batman, or his arch-nemesis, the Riddler as your ride companion.

The feature started rolling out recently to celebrate the “Batman Day” on September 21. It will be available for Waze users all through September and October.

So, with this in-app feature, users can choose a side while using the app. So, if you are a Batman fanatic like me, then I am sure you’ll choose Batman over his annoying riddle-making enemy.

Now, the feature sits inside the Waze app and you can activate it by tapping the magnifier button at the bottom left corner. Among the sidebar options, you will find a new “Drive with Batman” button. 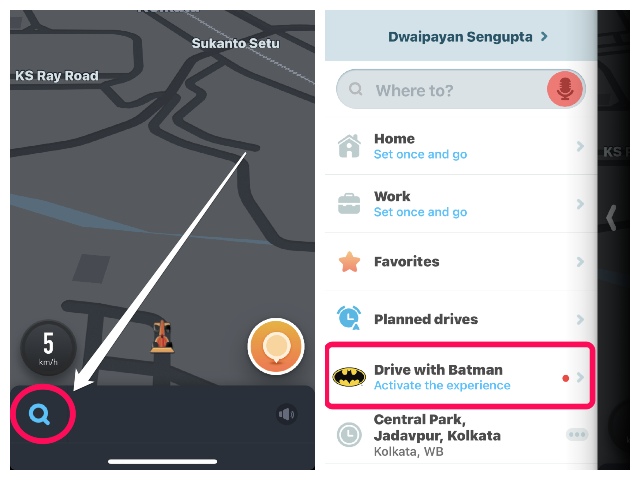 Tap this button to open up the “choose a side” card in the app. Now, from here you can set the mood, change the car icon, and also change the navigation voice settings.

Set the Mood, Tweak the Car, and Gear Up for a “Drive with Batman”

So, for each of the above settings, you have to choose with which character you want to ride when you use the Waze app. For instance, if you set the mood to “Batman”, there will be a Waze-themed Batman icon beside your profile picture in the app. 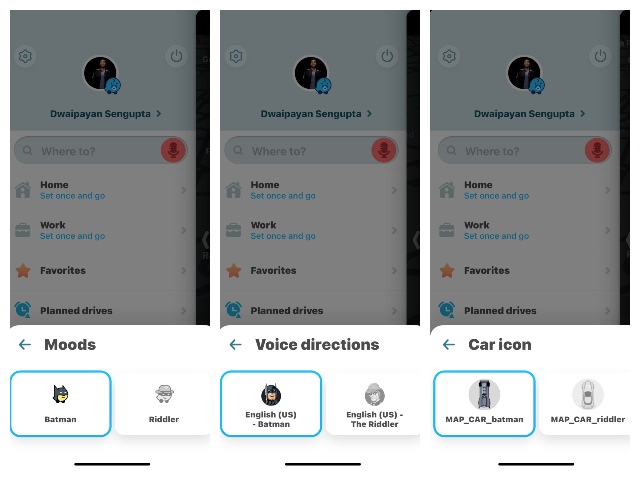 The developers also added new voices for navigation dedicated to the characters. So, if you choose Batman as your ride companion, you will hear the voice of the American actor who has been voicing the character since the “Batman: The Animated Series” days, Kevin Conroy. On the other hand, if the Riddler is your companion, you will be hearing Wally Wingert’s voice while you drive.

Now, one of the coolest tweaks in the setting lets you have the Batmobile or Riddler’s Racer as your car-icon on the map. And as you can probably guess by now, I chose the Batmobile, because why not?

Apart from these in-app changes, the collaboration also gave rise to two Spotify playlists: Drive with Batman and Drive with the Riddler. So, if drivers could not connect with the feature, they can start playing these specially curated playlists on Spotify.

So, if you are a fan of Batman, then this feature will excite you as much as it excited me. You can access the feature from here by using a smartphone with Waze already installed.