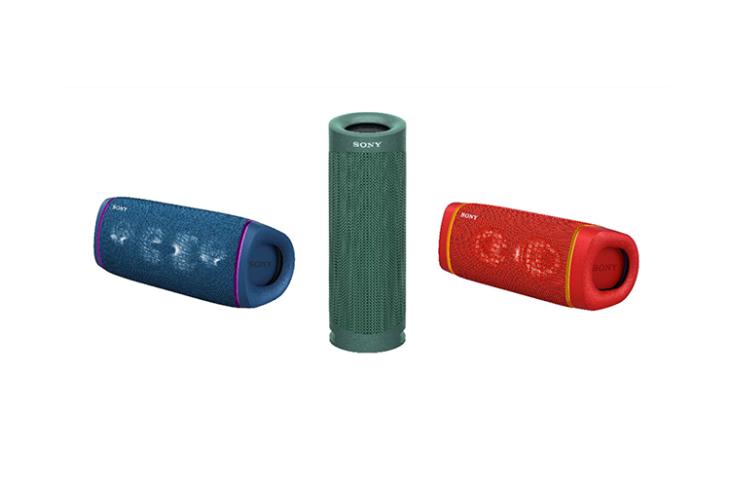 Sony recently unveiled its first ever truly wireless earphones in India, and now the company is expanding its line up of Bluetooth speakers in the country. The Japanese giant has today launched three new speakers. The SRS-XB23, XB-33, and XB-43 come in at different price ranges, and offer a slew of impressive features to boot.

The three Bluetooth speakers come with IP67 dust and water resistance rating. Moreover, Sony is claiming that the speakers are also rust-proof, which is great if you have a lot of pool parties, or love dancing in the rain. Apart from that, the speakers also come with support for Google Assistant, and Siri. So, you can use voice commands to easily control things like volume, playback, and more. Plus, with the built-in mic, you can take calls directly on the speakers. That should prove handy for today’s work from home environment as well.

In terms of specifications, all three of the speakers come with Bluetooth 5.0. And Sony is also equipping them with its Party Connect feature. For the unaware, this feature can pair up to 100 compatible speakers together and sync playback and lights between them.

In terms of differences, only the SRS-XB33 and XB43 come with multi-color lighting. The XB-23 misses out on this feature. Moreover, the XB-33 and XB-43 are stated to have a 24 hour battery life. The SRS-XB23 on the other hand has a 12 hour battery life without Extra Bass. While using Extra Bass, this goes down to 10 hours.