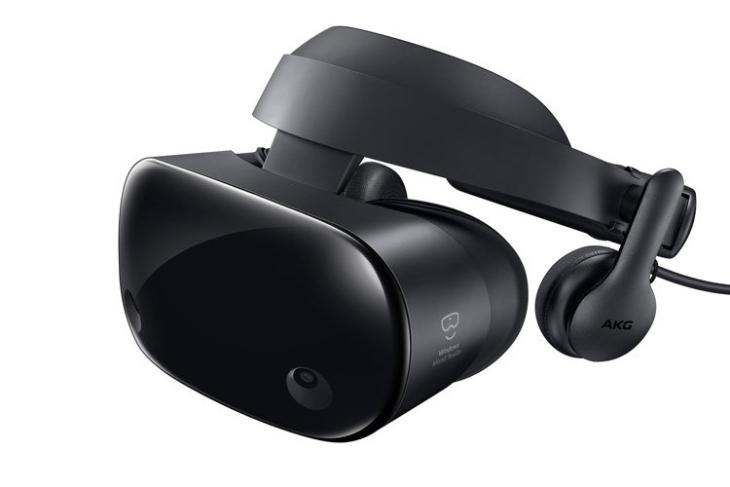 The device mentioned in the FCC documents carries a model no. XE800ZBA, which is almost identical to the Odyssey’s XE800ZAA model number. As far as hardware is considered, the schematics reveal that the Odyssey will feature a bigger nose contact area, which means a more comfortable experience for users. 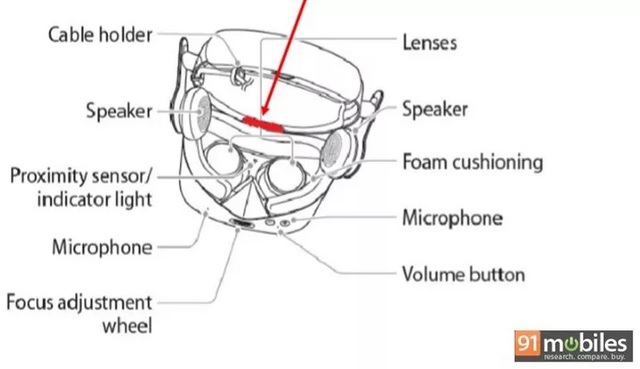 The FCC documents also mention ‘Wider Eye box, Wider Part of Nose, Anti-fog’, which indicates that the Odyssey+ will feature a better viewing area, more comfortable design and reduced lens fogging. As far as specs are concerned, the changes in the hardware department are not that significant as the key elements are borrowed from its predecessor. As per the FCC listing, the Odyssey+ will feature a dual 3.5mm AMOLED + SFD display set-up with a net resolution of 2880 x 1600 pixels (1440 x 6000 pixels per eye) and a pixel density north of 800PPI. 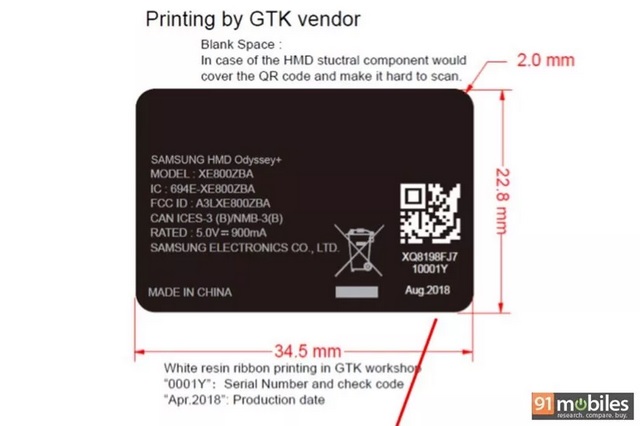 The Odyssey+ will feature a FOV of 110-degrees and its display will have a variable refresh rate: 60Hz and 90Hz. One of the most interesting features of the Odyssey+ headset is the support for Steam VR platform alongside Windows Mixed Reality, however, how that will materialize is not known. As for the sensors, the Odyssey+ will come equipped with a WMR camera, IPD sensor, G-sensor, gyroscope and a proximity sensor, and will feature inside-out and 6DoF tracking.

A dual-array mic will be onboard, while the audio department will be handled by AKG. The specs of the Odyssey+ mentioned in the FCC filing suggest that the upcoming headset borrows the key features from its predecessor and is shaping up to be merely a cosmetic upgrade, however, details about its release date and availability are not known.