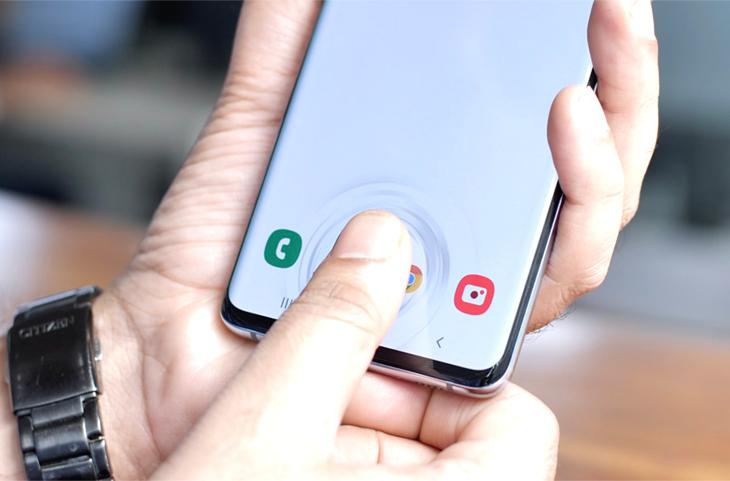 Samsung Galaxy S10’s in-display ultrasonic fingerprint sensor is plagued by a weird flaw that enables anyone to unlock the smartphone. Yes, even if they haven’t even registered their fingerprint, a report in The Sun revealed that certain “gel-based” screen protectors could confuse the ultrasonic sensor. Well, Samsung has acknowledged the issue and has stated that a software patch is in the works.

As per the report, if a user registers their fingerprint over the screen protector, then the Galaxy S10’s ultrasonic sensor could malfunction and unlock the phone with a stranger’s fingerprints as well. Samsung initially issued a statement saying users should only use “Samsung authorized accessories” with the Galaxy S10.

Well, if you want proof for the malfunctioning ultrasonic fingerprint sensor, then Twitter user @Sta_Light_ has given us a quick demo of the same:

The Korean giant has since mentioned that it’s aware of the “malfunctioning fingerprint recognition” and will soon issue a software patch. This update should roll out to Galaxy phones with an ultrasonic sensor, which includes the Galaxy S10 and Note 10 lineup. It hasn’t been revealed why the fingerprint sensor is acting up all of a sudden.

To prevent any further issues, we advise that Galaxy Note10/10+ and S10/S10+/S10 5G users using such covers to remove the cover, delete all previous fingerprints and newly register their fingerprints.

Please refrain from applying a silicone screen protecting case to your device until a software update, which is planned to be released beginning next week, has been issued and applied.”

For those unaware, Samsung’s Galaxy S10 and Note 10 lineup use ultrasonic fingerprint sensors as opposed to optical sensors you may find baked in most other Android phones these days. They’re said to be more secure as the sensor sends out ultrasonic pulses to detect the 3D ridges and valleys of your fingerprint as compared to storing a 2D image, which is the case with optical sensors.