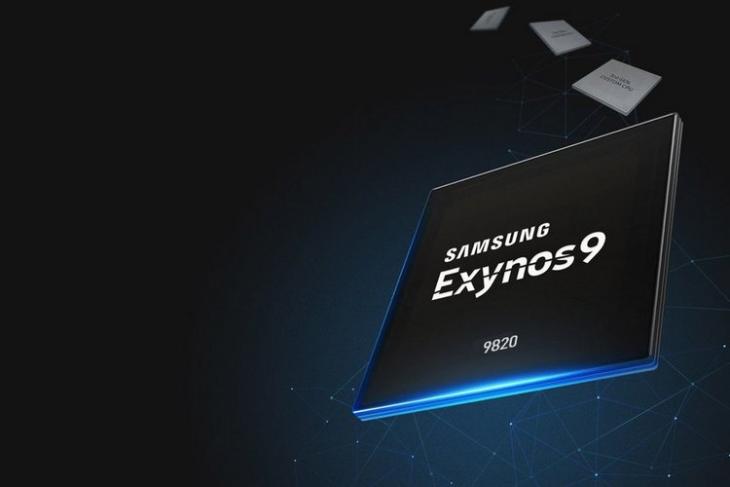 The successor to the Galaxy S9 may ship with an Exynos 9820 under its hood. According to well-known tipster IceUniverse, the Galaxy S10, which is expected to be launched in the first-half of next year, will be powered by the next-generation Exynos chip fully designed, developed and manufactured by Samsung. The chip will come with an embedded Mali-G76 GPU, which will be the first mobile graphics processor to be manufactured on a 7nm fabrication process.

IceUniverse’s post on Twitter further claims that the Exynos 9820 will feature a 2+2+4 DynamIQ architecture with 2 Exynos M4 big cores, 2 Cortex-A75 (or Cortex-A76) medium cores, and 4 Cortex-A55 little cores. While the chip is expected to power some of the Galaxy S10 variants meant for global markets, the SKUs meant for the US will very likely still have the Qualcomm Snapdragon 855 under their hood.

The Galaxy S9, for context, is powered by the Snapdragon 845 or the Exynos 9810 depending on the market. While the US-bound models ship with the former, the ones sold in India have the latter under their hood. While Exynos chips had been outperforming their Qualcomm counterparts over the past few years, the American chipmaker got back its performance crown this year with the Snapdragon 845.

Meanwhile, a report earlier this week claimed that the Galaxy S10+ may ship with a whopping five cameras on-board, including three at the back and two up front. According to the report, the two additional cameras at the back will come with a telephoto and a wide-angle lens, with the latter said to be able to view up to 120 degrees.

The device, however, will reportedly have two other models that will reportedly ship with either three or four cameras overall, with both of them offering just a single sensor on the front, and either a dual or triple-cam setup at the back.