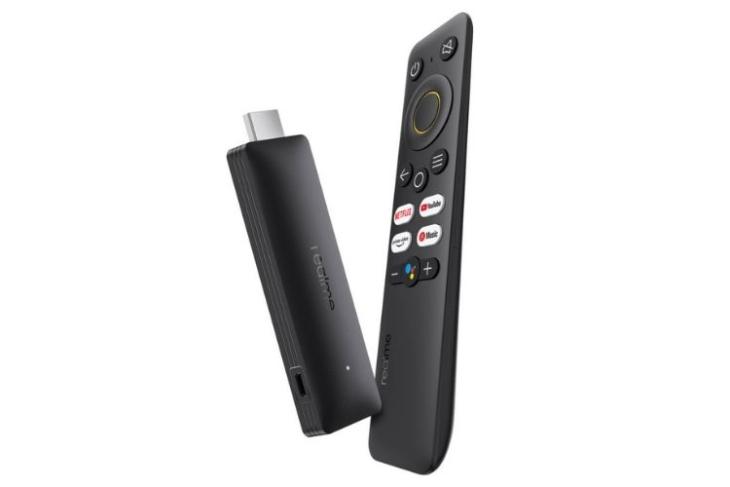 Realme will soon launch another smart TV Stick to compete with the likes of the Mi TV Stick and FireTV Stick in India. The new Realme Smart TV Stick has been spotted on Flipkart, and as per the listing, will launch in India on April 7 along with the Realme GT 2 Pro. Here are the details.

The Flipkart listing shows a Realme streaming dongle similar to the first Realme Smart TV Stick, which was launched last year and is already available in India. However, there are a number of differences.

Another difference is that the new model will run Android TV 11, which has Google TV support. The new dongle will also offer users access to multiple OTT platforms and the Google Play Store. It is also confirmed to pack 1GB of RAM, a quad-core ARM Cortex A35 processor, and 8GB of storage. To recall, the existing Realme Smart TV Stick comes with 2GB of RAM and a dual-core GPU. The CPU and storage configurations are the same.

It is also confirmed to support HDMI 2.0, which is a lower standard than HDMI 2.1 on the Realme Smart TV Stick. Although, it will continue to have HDR10+ support.

As for the price, there’s no word on this but we can expect it to be under Rs 3,000, given that the 4K-supported Realme Smart TV Stick retails at Rs 3,999.

To reiterate, the Realme GT 2 Pro, which is the company’s latest flagship will launch on the same day, as confirmed earlier. The GT 2 Pro comes with a bio-polymer chassis, has a Snapdragon 8 Gen 1 chipset, comes with a number of attractive camera features, and more. To know about the phone’s price in India and details on the new Realme Smart TV Stick, stay tuned to this space for all the updates.