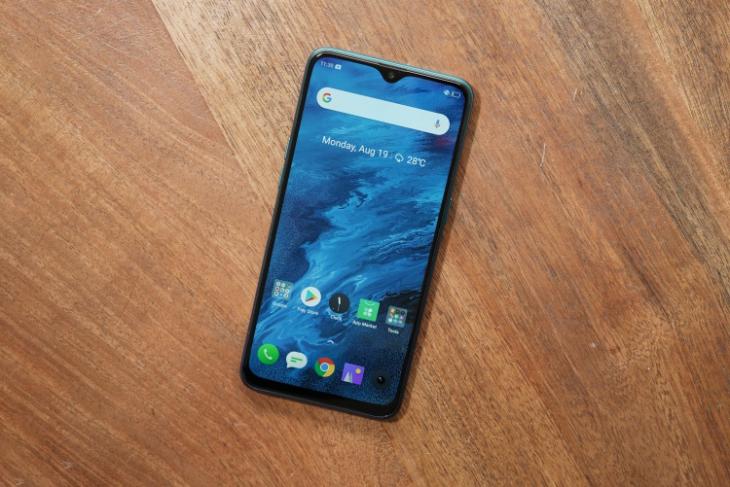 Right alongside the launch of its newest smartphone, the 64MP camera-laden Realme XT in India, the Chinese giant revealed the one thing that every existing Realme user has been waiting on. Yeah, the company has revealed the Android 10 update schedule for its existing portfolio today.

You will be pleased to know that Realme has announced support for eight devices, with update rollout starting in Q1 2020. If you take a look at the screenshot attached below, you will see that Android 10 will first make its way to the Realme 3 Pro, Realme 5 Pro, Realme X, and Realme XT. There’s no word on the exact rollout dates, but we will learn more about them as and when a beta for the devices arrives in coming months. 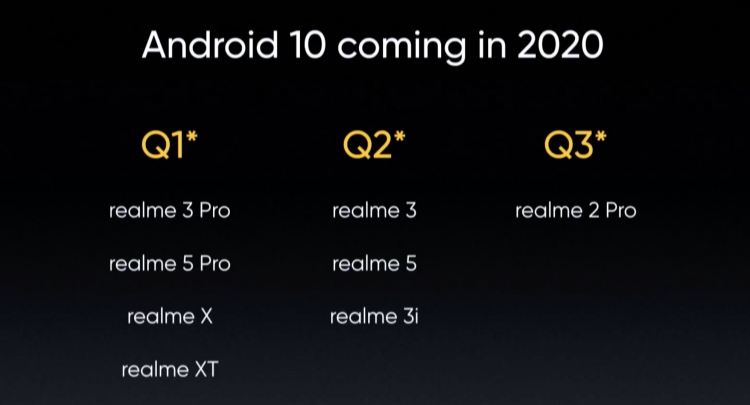 Over the next six months, the company is going to update the Realme 3, Realme 3i, and Realme 5 Pro in Q2 2020, followed by the Realme 2 Pro in Q3 2020 — but that’s also the time when Android 11 will start rolling out for some phones. So, I would say that the aforementioned roadmap is lacklustre and in stark contrast to CEO Madhav Sheth’s boastful remarks about Pie being available on their entire lineup.

Well, the roadmap does not include any mention of Realme 1, Realme 2, Realme U1, and the entry-level Realme C series. The company could reveal Android 10 rollout for these in the coming months.

Well, it’s not the fastest update roadmap but the delay could be due to the Realme OS (Mystery Project X) that the company recently started testing with beta testers. Realme could be looking to bring to the users a refreshed user experience, one a little less bloated but still feature-rich as ColorOS. We recently uploaded a YouTube video on our expectations from this new operating system, so don’t forget to check it out:

What are you expectations from Realme OS? Share your thoughts with us in the comments down below.