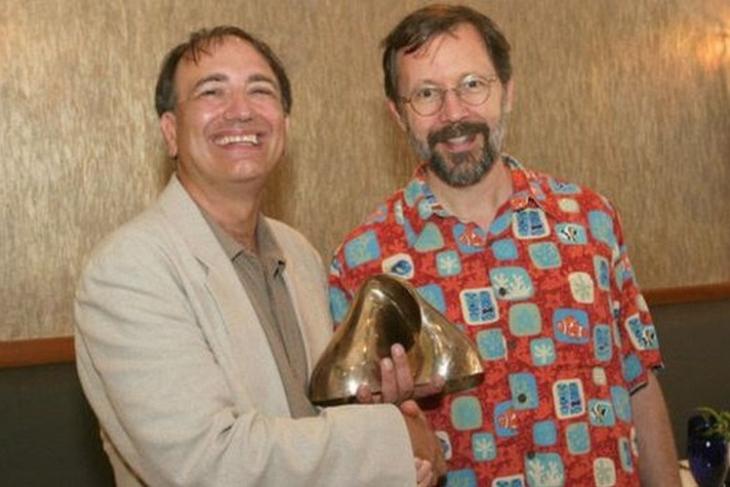 Toy Story – A movie series remembered for entertaining children and healing the souls of adults. This simple yet enticing story has been etched on our heart ever since it made its way to the theatres in late 1995. But do you know what went behind to create this masterpiece? It was years and years of hard work and research in the field of computer animation which could bring together a movie as innocent and as grasping as this one.

The two individuals behind this masterpiece, Ed Catmull and Pat Hanrahan, bagged the A.M Turing Award, given by the Association for Computer Machinery. It is also referred to as the “Nobel Prize of Computing”. Along with the award, the two pioneers will be receiving $1 million cash prize for their achievement, which will be divided between the two.

Dr Catmull is one of the founders of Pixar, the studio responsible for making this movie and his partner Dr Hanrahan was one the employees of the studio.

In an interview with BBC, Dr Catmull said that most of the people at that time thought he was joking when he had proposed the idea to make a feature-length computer-animated film.

It all began, when Apple founder, Steve Jobs, bought Lucasfilm’s computer department and made it a free-standing company, named PIXAR.

Dr Hanrahan worked on the creation of RenderMan – the software which this studio uses to create the 3D animations. He also chalked out the way to visualise how light would reflect from different kind of surfaces. He believes that this made the scenes realistic, as realistic as it can get.

Advancements in the area of computer animation had a snowball effect on the Video gaming industry and also Augmented reality and machine learning.

According to Dr Catmull, Processing Power was a big hurdle in their way. Back in the 1990s, computers didn’t have half the processing power which they have today. It was definitely a limitation.

Dr Hanrahan said that even today computer-animated films have to depend on a small number of animators and they still have to do a lot of work manually.

He also added that Advancements in Robotics has helped them to improve certain things in this domain. This is the second time the award will be given to people from the domain of computer graphics.

The award ceremony is scheduled for June 2020. If you haven’t watched the series yet, please catch up on it while you are contained in your home, it is never too late to get a dose of Woody and Buzz Lightyear. We will definitely remember these geniuses to infinity and beyond!