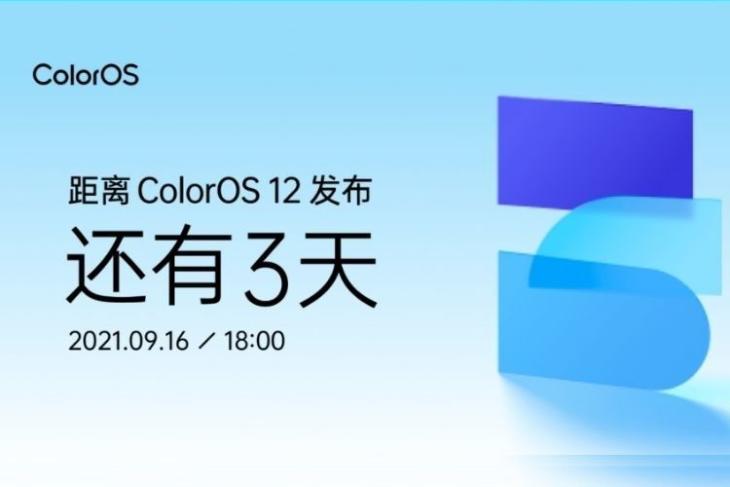 Last week, we saw Chinese giant Oppo confirm its plans to unveil its ColorOS 12 skin based on Android 12 sometime this month. Although the company shared high-quality wallpapers that will come with its upcoming Android 12-based OS, Oppo did not reveal the official release date for ColorOS 12. Today, however, the company shared more details and confirmed to unveil ColorOS 12 at an event in China on September 16.

Oppo recently updated the official ColorOS website in China to reflect its plans to release ColorOS 12 in the country. So, as per the updated website, the launch event is set for September 16 at 18:00 local time, which translates to 3:30 PM in India.

The upcoming ColorOS skin is codenamed “Da Vinci” as the company wanted to pay homage to one of the most proficient humans in history in terms of art, technology, and science. Moreover, ColorOS 12 is expected to add several new features to compatible smartphones, including a Samsung Dex-like feature called Cross-Screen Interconnection.

The feature is said to be similar to Huawei’s Multi-Screen Collaboration or Microsoft’s Your Phone integration. It will allow users to mirror their smartphone screens on external displays and control various functions. Plus, the ColorOS 12 skin will reportedly support all kinds of devices, ranging from smartphones to tablets and even smartwatches.

Now, it is worth mentioning that Oppo does not offer any tablet devices as of now. So, this also confirms the company’s plans to launch tablets to join the likes of Realme and Xiaomi in the tablet segment.

Other than Oppo smartphones, OnePlus devices in China will also run the upcoming ColorOS 12 skin based on Android 12. Furthermore, the OS will reportedly include various new features taken from other Android-based skins in China such as Xiaomi’s MIUI, Smartisan OS, and Flyme OS from Meizu.