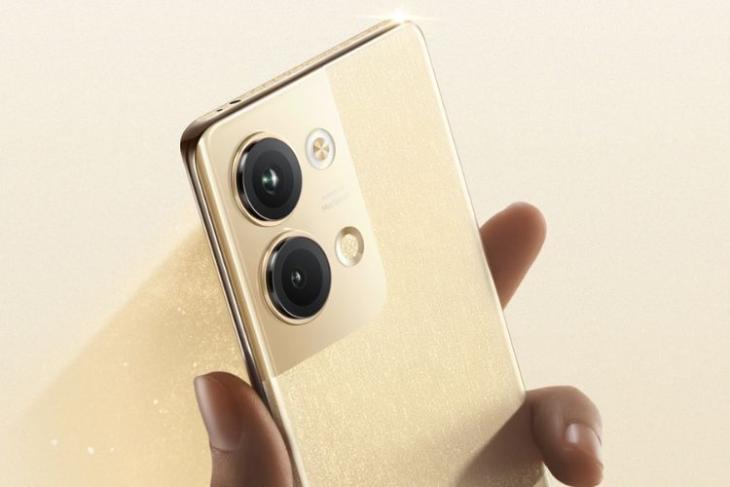 The official poster reveals that the Oppon Reno 9 series will launch at 2: 30 pm China time (12 pm IST) on November 24. It will be an online event and we expect Oppo to live-stream via the company’s Chinese website.

The poster also reveals the Oppo Reno 9 design, which is akin to that of the Reno 8 phones. There are rear camera housings and a display with a center-placed hole punch cutout. Oppo has also showcased the color variants that will be available. You will be able to choose from shimmery gold, black, blue, and rainbow-colored options.

The Reno 9 series is touted to be sleek with a thickness of 7.19mm. We also expect several camera-focused features like Dual-Core Portrait, a mode to shoot against the light, and many more. Proper details should be out at the time of launch. The phones will also come with the MariSilicon X NPU for better image processing and AI capabilities.

As for the spec sheet, nothing is concrete as of now. But, we do have a bunch of leaks to look into at the moment. It is speculated that the Reno 9 will come with a Snapdragon 778G chipset, 64MP dual rear cameras, 67W fast charging, and more. The Reno 9 Pro could go for a MediaTek Dimensity 8100-Max SoC, and 50MP rear cameras, among other details.

The Reno 9 Pro+ will be the eldest of them all with the possibility of using a Snapdragon 8+ Gen 1 chipset. It could come with support for 80W fast charging, 50MP triple rear cameras, and more. The Oppo Reno 9 series is also expected to fall in the mid-range category, much like its predecessors.

We will need a lot more information to get a proper idea about the Oppo Reno 9 series. Since we are a few days away from this, it’s best to wait. We will keep you in the loop, so, stay tuned.