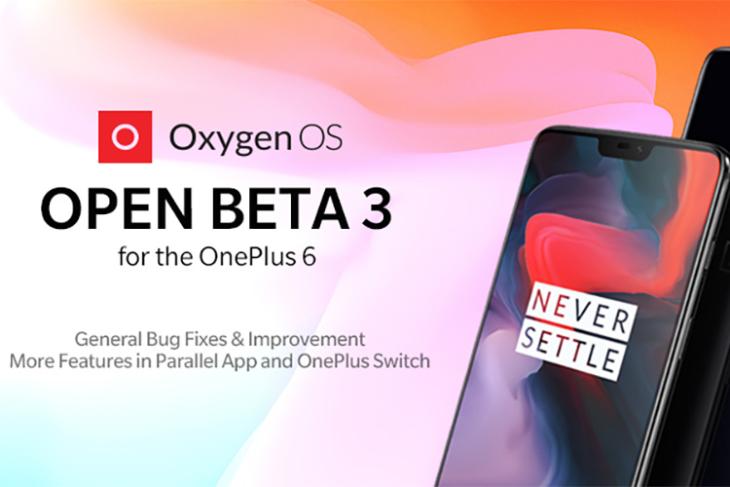 OnePlus has been testing Android 9 Pie based OxygenOS for the OnePlus 6 for quite a while now and has released two updates on the Open Beta channel to test the stability and performance of the build before releasing it on the stable channel. The company recently started rolling out OxygenOS Open Beta 3 for the device which brings a number of changes and improvements for the operating system.

Here’s a brief look at the changelog for the latest update which is just over 1.5GB in size:

Out of all the changes introduced in the latest update, the ability to bring up the Google Assistant by pressing the power button for 0.5 seconds seems the most interesting. The action mimics Apple’s implementation for Siri on the iPhone X and it’ll definitely come in handy, especially due to the fact that it’s crazy fast. The new option can be enabled/disabled from within the Buttons & gestures menu in Settings.