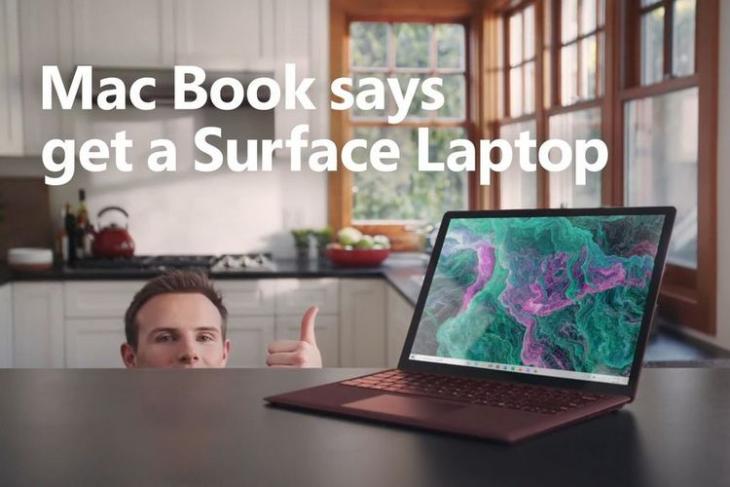 The online rivalry between Windows and Mac users is legendary, but it isn’t limited to just fanboys and online trolls. Over the years, Microsoft and the Apple themselves have taken some good-natured shots at each other through their advertisements that have added to the banter, increased user participation and made for interesting viewing. In its latest ad for the Surface Laptop 2, Microsoft has now hired a guy called Mackenzie Book (Mac Book, get it?) to vouch for the all-new device.

The ad is a fairly straightforward 30-second spot that sees the young Aussie extolling the virtues of the Surface Laptop 2. According to ‘Mac Book’, the Surface Laptop 2 is faster and lasts longer. It also has a touchscreen, he noted. As can be seen in the embedded video below, he signed off by recommending the Microsoft device ahead of the unidentified MacBook, saying: “You should get a Surface — trust me, I’m Mac Book”.

As alluded to earlier, this is neither the first time that either of the two companies has taken a shot at the other one through their ads, nor is it likely to the last. The two have a long history of releasing hilarious Mac vs PC ads that have entertained viewers and riled up the fanboys.

One of the most memorable Mac vs PC campaigns in recent times was Apple’s ‘Get a Mac’ series of commercials that ran from 2006 to 2009. Featuring actor Justin Long as the cool Mac, the ads highlighted the various aspects of Apple’s computers that set them apart from Windows machines. The short TV spots were aired in many countries around the world and went on to become some of the best-loved Mac commercials over the past couple of decades.