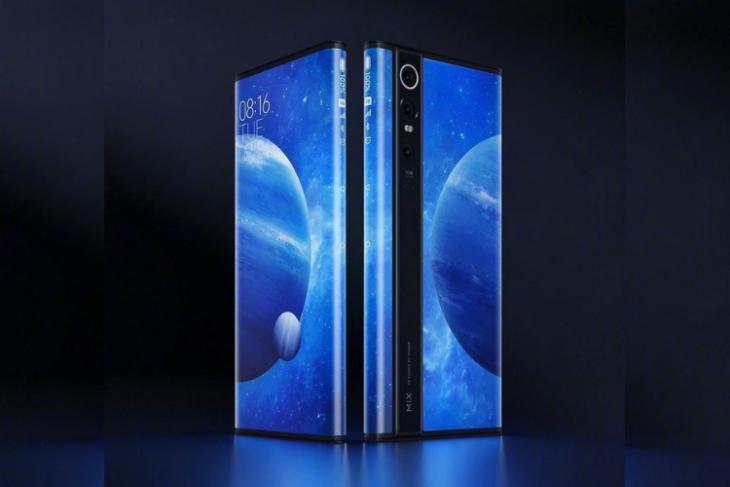 Xiaomi has a number of smartphone lineups and it’s difficult to keep track of them at all times, but the Mi Mix series has always stood out with its innovative new features. We’re well aware that Mi Mix was the one to imbibe the idea of bezel-less phones, moving to a slider design last year, and well, it has completely changed the game with the launch of their second-gen concept smartphone – the Mi Mix Alpha.

As you can already tell from the header image, Mi Mix Alpha is not the traditional phone that we have been expecting it to be. Instead, this is a second-gen concept phone from Xiaomi and it touts a premium Titanium construction – used for making the frame of the phone more durable but lighter too. The camera panel on the rear is made using black-colored precision ceramic and the sensors are protected with sapphire glass – which is another first for Xiaomi. 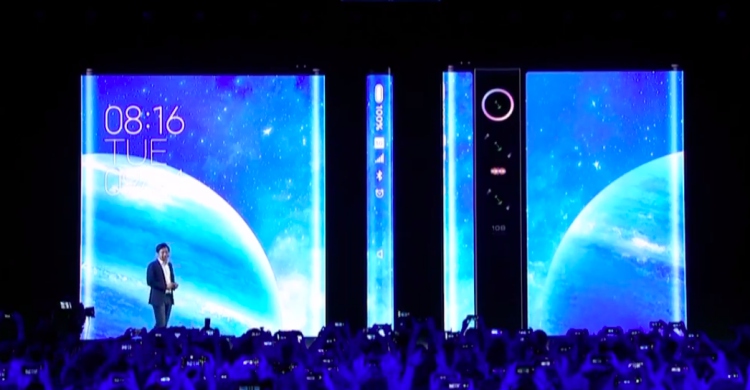 While we all contemplated the Mi Mix Alpha to sport a foldable screen or a waterfall one, well, Xiaomi has taken a massive leap and vowed us with a new 4D surround curved display. It’s a 7.92″ OLED panel with a resolution of 2088×2250 pixels. One of the highlights of the Mi Mix Alpha has to be the 180.6% screen-to-body ratio, which has been unheard on a smartphone to date.

Xiaomi trimmed down the bezels to the minimum (just 2.15mm), so there was no extra space for a speaker or sensors. They have all been placed under the display. The Mi Mix Alpha features screen sound technology to transmit audio by vibrating the display.

Well, another major concern that one may have with curved screen phones is accidental touches. Xiaomi says that it has taken measures to avoid the same and is using a multi-sensor array, paired with AI algorithms, to recognize the position of your fingers on the screen. Both the sides of the Mi Mix Alpha include pressure-sensitive buttons – similar to what we’ve seen on the Mate 30 Pro and Vivo NEX 3. 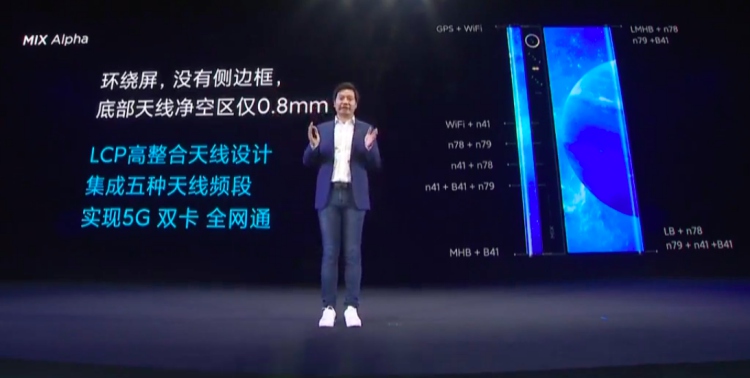 There is no side-frame on the Mi Mix Alpha, so all of the antennas (supports 5 major frequency bands for 5G connectivity) have been baked into the slim camera panel on the rear. This smartphone is powered by the Snapdragon 855 Plus, with the X50 modem for fast 5G connectivity, 12GB of RAM, and 512GB UFS 3.1 storage.

As for the cameras, you may have already guessed that there are 3 sensors aboard the new Mi Mix Alpha on the rear. It boasts a primary 108MP Samsung ISOCELL Bright HMX sensor (making it the first smartphone with such a high-megapixel sensor). It’s a 1.33-inch sensor and it’s one of the biggest sensors on a smartphone. We have already talked about the fact that the 108MP sensor captures photos at resolutions up to 12032 x 9024 pixels, which the Mi Gallery app has been updated to support. The file sizes can be expected to be around 40MB. 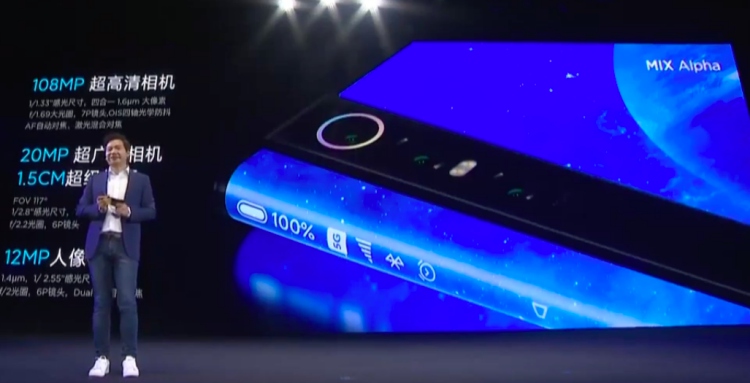 The 108MP primary sensor has been coupled with a 20MP (f/2.2) ultra-wide-angle lens, with 117-degree field-of-view (FOV). The sensor is capable of clicking macro shots upto 1.5cm, offering you crisp detail in close-ups. You also have a 12MP portrait camera and we’re currently unsure whether it’s a telephoto sensor or depth sensor.

Mi Mix Alpha runs a custom MIUI skin, which includes updates to support the side display that shows the time, battery level, network, and other information. The whole edge lights up when you receive a notification, but what’s even more impressive is that Mi Mix Alpha will look a colorful glass slab when it’s charging. I’m not gonna lie, an “Oh Damnnnn!” escaped my mouth the instant I saw the phone and well, you should check it out as well – 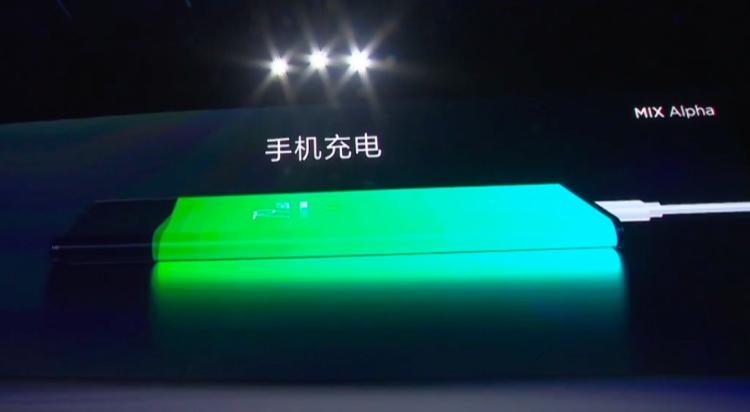 This smartphone comes equipped with a 4,050mAh battery with support for 40W wired charging – same as the Mi 9 Pro 5G. There’s no info on wireless charging as of yet, but we’re of the opinion that it doesn’t support it.

Xiaomi has started small-scale trial production for the Mi Mix Alpha and it strives to kick-start large-scale production (which should bring down the price as well) of their concept phone by the end of this year.

The retail price tag of the Mi Mix Alpha has been set at a whopping 19,999 yuan (around Rs. 2,00,000) during the trial period and it seems to be a fair price for all of the research investment poured into this smartphone. You will be able to go hands-on with this phone all-around Xiaomi’s Mi Home stores in China very soon.

So, do you link the surround display design or would rather prefer a foldable phone? Let your thoughts flow in the comments down below.