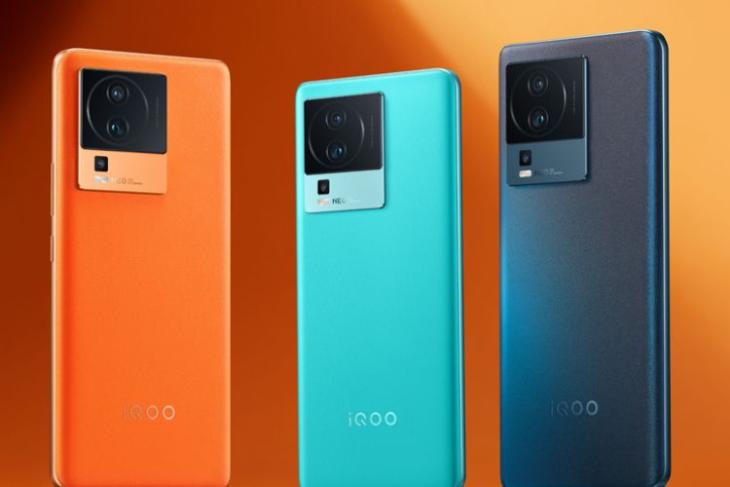 iQOO has introduced the new Neo 7 in China. The smartphone succeeds the iQOO Neo 6 and comes with flagship-grade specs like a MediaTek Dimensity 9000+ chipset, 120W fast charging technology, and more. Have a look at the details below.

The iQOO Neo 7 looks similar to its predecessor, except for a few changes. For instance, the rear camera bump includes a circular module to house two cameras. It comes in Geometric Black, Impression Blue, and Pop Orange colorways.

The has a punch-hole display that spans 6.78-inch. It is a Samsung E5 AMOLED screen with support for a 120Hz refresh rate, a Full HD+ screen resolution, 1500 nits of peak brightness, and a 20:9 aspect ratio. The MediaTek Dimensity 9000+ chipset (which was introduced recently as an upgrade to the Dimnsity 9000) is coupled with up to 12GB of RAM and 512GB of storage.

For the photography part, the iQOO Neo 7 includes a 50MP main camera with the custom Sony IMX766V sensor and OIS, an 8MP ultra-wide lens, and a 2MP macro camera. The selfie shooter stands at 16MP. There are features like the Micro Video 2.0, ROI Remosaic technology for improved magnification, Portrait mode, 4K video recording, and more at the disposal.

Under the hood, there’s a 5,000mAh battery along with the 102W Flash Charge fast charging tech. The phone runs OriginOS based on Android 13. Other interesting features include a Dual X-axis linear motor, under-the-screen two-finger controls for better gaming, a 4013mm VC cooling system, an in-display fingerprint scanner, and 5G support, among other things.

It is presently up for pre-order in China. There’s no word on its availability in India as of now.